Right after he learned that his baby died, NFL player catches touchdown and leads team to victory (here’s how he was able to do it)

This is Both Heart-Breaking and Beautiful.

On November 12th, wide receiver Marquise Goodwin of the San Fransisco 49ers scored a touchdown in their game against the New York Giants. Immediately, he fell to his knees and prayed.

What the cheering spectators and the majority of his teammates didn't realize is that Goodwin was experiencing an unbearable tragedy in that moment. At 4 am that morning, Goodwin had learned that due to pregnancy complications, his baby had died. His wife, Morgan, had delivered their son and they spent the day with their lost little one.

Goodwin explained his pain this way: "Imagine having something that you want more than anything in the world and you get it and it's just stripped away from you."

I just wanna thank those who've genuinely prayed for @morganakamomo & myself through out this pregnancy. Unfortunately we lost our baby boy due to some complications, and had to prematurely deliver him early this morning around 4am. Although we are hurt, I am grateful for the experience and grateful that God blessed me with a wife as courageous and resilient as Morgan. The pain (physically, mentally, & emotionally) that she has endured is unbelievable. Please Pray for the Goodwin family. ??

Even though his heart was broken, Goodwin played his scheduled football game at his wife's insistence. She said she wanted their deceased son to see him play.

As he ran 83 yards to score the touchdown, Goodwin's heart was with God and with his son. Goodwin said, "As I'm running, I just blow a kiss to God and to my baby and I dropped down on my knees and I give God his glory. Cause I'm thankful, I still am thankful for the opportunity just to be alive for my life. Even after all I've been through."

While tragedy often shakes a person's faith, this has only made Goodwin's faith stronger. He reminds everyone that "The reward lasts longer than the pain" and often publishes such truths as: "God never gave me 'nothing,' He's ALWAYS given me 'something'" and "I consider that the sufferings of this present time are not worth comparing to the glory that is to be revealed to us." 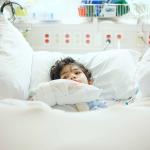