School principal announces to students in assembly, ‘Even though you’re not fat, you look fat,’ but it’s her comments before that really ENRAGED parents

Did She Deserve the Backlash She Got?

Going back to school after summer break is an exciting time, but it can also give parents and students a lot of anxiety. Students might worry about who will be in their class, where they'll sit at lunch time or what outfit they'll wear on the first day of school.

Parents worry about whether the other kids will be nice to their kids, if their sweet children will understand what their teachers are teaching them and they obviously think about their safety and security at school.

One thing, however, that students and parents should never have to worry about is whether or not the teachers and faculty will treat the kids with respect and professionalism. This should just be a given.

This was not the case, however, for Stratford High School in South Carolina

While talking about the dress code and leggings in an assembly, the principal made a controversial remark. She said, "I've told you this before, I'm going to tell you this now, unless you are a size zero or two and you wear something like that, even though you're not fat, you look fat," reported Today.

Yes, you read that right. A grown adult, appointed to lead and guide this high school full of insecure teenage girls instructed them not to wear a clothing item because it made them look fat. This is not OK.

Parents of students attending the school took to social media to state their frustrations, and the story went viral. Parents and students everywhere were outraged by the insensitive comment.

Teenage girls are already insecure as is

This is wrong on so many levels, and high schools are full of teenage girls with serious insecurities, many of which are related to body-image. When someone tells them they can't wear a certain thing unless they're a certain size, how do they interpret that? Some girls truly believe that if they're not supermodel size two skinny, they're too fat.

She received emotional support through the backlash

While some parents and students were obviously upset from the principal's remarks, others supported her and stood by her when she apologized.

In her apology she said, "I met with each class of the Stratford High School student body. I addressed a comment made during a 10th-grade assembly and shared from my heart that my intention was not to hurt or offend any of my students in any way."

She goes on to say, "I'm so remorseful, and I have learned a lesson. You learn, no matter what, every single day you learn." She went on and thanked her community for the love and support during this difficult time in the media spotlight.

Did she deserve the media backlash?

Some people are still fired up about the situation, but the principal also received love and support from her community. One woman wrote on Facebook, "[The principal] is an amazing human being, she was a great vice principal when I was a student at Stratford, and she made and owned up to her mistake ... She did not deserve the massive backlash."

Despite the backlash that our Principal, Mrs. Heather Taylor, has been receiving over the past two days a group of us, Senior Students, came together to make her feel appreciated and supported. Over our years here at Stratford Mrs. Taylor has gone above and beyond in making every student feel appreciated and included. We support our Principal because we understand that she is a human and not a robot. And we understand that humans make mistakes. We are Stratford and this is what we have to say.

Others, however, didn't think her apology was enough and thought she should be terminated.

Everybody makes mistakes and we all say things we wish we could take back, but how far is too far? Do you think everyone should forgive the principal and move on, or should she get a tougher punishment? 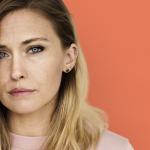 The 5 Best Ways to Ask For Forgiveness…