Do you see God as vengeful or as peaceful? Your answer could affect how you treat people in the courtroom as a juror.

Jury duty is the civil obligation of all Americans, even though it rarely comes around for some. In fact, only 27 percent of Americans said they served jury duty at some point in their life.

But when you find yourself on jury duty, you may be looking to God for help.

A new study from researchers at Missouri State University has found that how people view God affects the way they make decisions as jurors. Specifically, people who view God as "vengeful" are less likely to support programs that will "help prisoners re-enter society," whereas those who believe in a "loving and forgiving God" will support those kind of programs, Newsweek reported.

That is to say, those who have a stronger belief in religious forgiveness hope to see offenders find help re-entering society after they get out of jail, Newsweek reported.

"The people who had the stronger punitive picture of God were less likely to support transitional programs, things like substance abuse programs," Brett Garland, a professor at Missouri State University and an author of the study, told Newsweek.

This isn't a new finding, as law professors, researchers and attorneys have said for years that one's religious beliefs impact how he or she makes decisions in the courtroom. Newsweek pointed to a 1936 essay in Esquire written by lawyer Clarence Darrow, who was one of the first lawyers to theorize that religion guides a juror's decision-making.

"If a Presbyterian enters the jury box and carefully rolls up his umbrella, and calmly and critically sits down, let him go," Darrow wrote. "He is cold as the grave; he knows right from wrong, although he seldom finds anything right. He believes in John Calvin and eternal punishment."

Similarly, Monica Miller, a professor at the University of Nevada, Reno, told Newsweek in 2007 that fundamentalists tend to be a little harsher on the stand, believing in the "eye for an eye" adage. Those who take the Bible literally are also often more supportive of the death penalty, who also place more emphasis on the Old Testament than the New Testament.

Other religions may be a little more forgiving. Some Christians see that everyone has the chance to be saved in the eyes of God through repentance. This was a feeling of Morgan Guyton, a Methodist minister in Louisiana who works at Tulane and Loyola universities.

"That is why every evangelical Christian who believes in salvation and redemption must fiercely resist the state-sanctioned murder of even the coldest-blooded of murderers," Guyton wrote on his blog. "Because we believe that Jesus can save them and they should have every opportunity to hear the gospel until they take their last breath and die of natural causes."

But these religious views can affect the court case, no matter whether someone is innocent or guilty. That's why in many cases, lawyers will often challenge to have jurors excused or not included in proceedings if they have something that would make them biased against their client, like their background, age, job and, in some cases, religion, according to the American Psychological Association.

Take for example the State v. Fuller case from 2004 in New Jersey, when the defendant was charged with armed robbery. One of the lawyers wanted to excuse jurors because they were African-Americans who were "demonstrative about their religions," having served as missionaries and were "obviously Muslim." Those jurors said their religion wouldn't interfere with the case, though, APA explained.

Using religion to excuse jurors can be especially difficult, though, since one's religion isn't visible, like sex or race, APA explained. And research is still out on whether religion affects decision-making in the courtroom.

But attorneys can use religion to their own advantage to be more effective in trial, too, specifically by making their client speak in a way that appeals to certain religious demographics that may be present in the courtroom, according to the Jury Expert, a blog of the American Society of Trial Consultants. When lawyers ask jurors about their religion, they'll use that later to shape their case.

"Attorneys who use this tactic clearly believe that religiosity or religious affiliation affect decision-making," according to the APA. "This assumption has obvious implications for trial consulting, as the judicious exercise of peremptory challenges is a major role for consultants aiding in jury selection. Supporting the assumption, several mock juror studies have shown that jurors' religiosity, religious affiliation and specific religious beliefs are associated with verdicts, especially in capital cases." 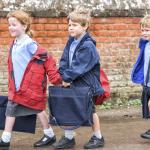 The Time of Day When Your Child's Life…