Seeing the World Through a Child’s Eyes

Allowing Children to Learn For Themselves May Not Be the Easiest Thing For a Parent to Do, But Kids Need That Type of Parenting in Order to Learn How to Do Things on Their Own.

Have you ever wondered how your child sees the world? Are you curious about how she feels when you discipline her and when she snuggles up close to you? The only way to know for sure how children feel about things is to ask them. Sadly, most parents don't think that their children know what they want or how they feel. They believe they know what's best for their children. While that may be true to some degree, experts have suggested that children should have a say.

John Gottman, professor emeritus in psychology at University of Washington, states in his book "Raising an Emotionally Intelligent Child" that you should ignore parental agendas. In other words, resist the urge to correct your child and steer him in the direction you think he should go.

What is the best way to do this? Gottman says to think about how you would feel if you were in your child's situation. The best metaphor I have heard for this was given by Brian Regan when he said, "If you want to understand why your child cries when she loses her balloon, think about how you would feel if your wallet suddenly started floating away. You'd be pretty upset too."

Alfie Kohn, author of "Unconditional Parenting" states that if parents asked their children more questions, they would be able to avoid unnecessary battles. He tells the story of a father who watched his 4-year-old dump a bag of snacks on the floor and when he asked her to put them back in the bag she told him no. Instead of jumping to a conclusion the father asked his daughter why she didn't want to put them back in the bag. Her answer was that she wanted to eat them. His daughter knew exactly what she wanted and the problem was easily solved when they were on the same page. This anecdote suggests that most children know what they want and are willing to clue their parents in if asked.

Step aside and let children work through problems on their own

Foster Cline, an expert in the field of child psychology speaks of the importance of children working through their own problems instead of having their parents fix everything for them. As children are given more choices, they are able to learn from mistakes. They are also forced to think through a situation and make a decision. Our children will be better prepared for life if we allow them to start making decisions at a young age and encouraging them to learn from their experiences. What would happen if they made the wrong choice, but also what would happen if they made the right choice?

Allowing children to learn for themselves may not be the easiest thing for a parent to do. Parents want to protect their children and keep them safe. Letting children learn for themselves seems to counter this objective. Just keep in mind that your child is a living, breathing human being with feelings, wants and needs. You would ask your spouse how he or she feels. Experts advocate giving children the same respect.

Kylie is a student majoring in Child Development and plans to head to graduate school and eventually become a certified Play Therapist. She is the second of six children with two sisters and three brothers.
nextarticle 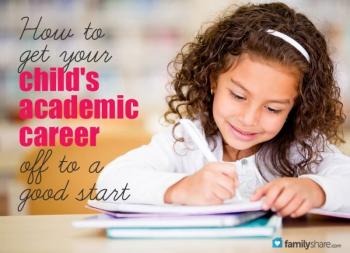 How to Get Your Child's Academic Career Off…