She put her 3-year-old daughter down for a nap, but when her neighbor pounds on her door she sees her almost lifeless child

She Put Her Daughter to Sleep But Never Could Have Imagined What Happened Next.

Amber Boone was having a completely normal day when she decided to put her three-year-old daughter, Aubrey, down for a nap.

She didn't do anything differently than she normally did, and she assumed her daughter was sound asleep in her bedroom. But Amber quickly realized she hadn't taken account of one of the most important safety features in her home.

Amber's daughter was in her bedroom on the second floor while Amber went downstairs to work in the house. According to KTVB, a few minutes later, she heard a loud banging on her door.

She said, "Next thing I knew my neighbor was banging on my door, and I started to get a little frustrated ... I was like 'who is banging on my door that hard,' but by the time I even got halfway there, because I was in the kitchen, she stormed in and she said, 'I think your daughter fell, I think she fell.'"

Little Aubrey was rushed to the hospital where the doctors discovered she had a fractured skull, lacerated spleen and a swollen-shut bowel. She has mostly recovered from the fall, but Amber said, "Everything has healed other than the skull, that's going to take time. It's a bone. They said four to six months that it will heal."

Aubrey, like any other child at that age, loves to climb and explore, so it makes sense that she wanted to open the window and look out to see more. Plus, little kids don't have great balance at that age, so it's easy for them to fall.

I was visiting a friend recently who has many children and when we were standing outside the house, I saw one of her kids lean out of a second-floor window — even his torso was out.

Once children learn to walk, it takes time to perfect their skills and they eventually learn to climb, kick, jump and run. These abilities make the little munchkins perfect explorers.

When children learn these skills, they often like to feel independent. They like to do things all by themselves — without help from mom and dad. Because of this, these children need constant supervision by a responsible adult.

It's important to make sure your home is a safe space for your children to explore. Put locks on the cleaning cabinets, cover plugs, put up stair barriers and lock your windows. You can never be too careful when it comes to making your house safe. Accidents always happen when things are overlooked.

The idea of danger in babies

Small children's brains take a while to develop, and babies and some toddlers don't have the concept of danger. This is why they often have accidents, so it's important to keep them safe.

Reduce the chances of accidents

Helping your child have a concept of the word "no" will help you prevent accidents. It takes time, patience and intervention, but it's so worth it. Sometimes, you have to say it over and over until your children understand.

As a Psychopedagogy professional, I have learned some practical techniques that may help you make an intervention:

Your kids will have accidents — it's inevitable. Make sure you follow these guidelines to teach your kids and lower the risk of something terrible happening. 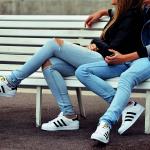 8 Signs That This Man is Just Wasting…