Shockingly bad (but sometimes humorous) parenting advice from the 1900s

Seriously, Caging Your Child Outside an Open Window Was a Thing.

Parenting advice books are quite popular, but sometimes bad advice can be found within their pages. Here are a few parenting tips that might shock you enough into laughing. 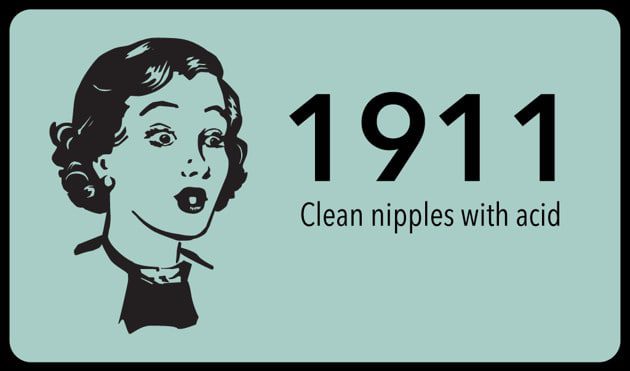 "The nipples should, before each nursing, be carefully washed off with a solution of boric acid. The early secretion of the breasts, known as 'colostrum,' helps rid the baby's bowels of their dark, tarry contents, as it is a laxative." From A Handbook of Obstetric Nursing for Nurses, Students and Mothers by Anna Martha Fullerton (1911). 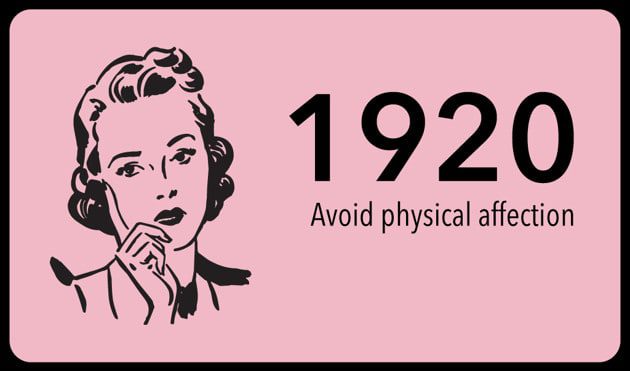 "Never hug and kiss [children], never let them sit in your lap. If you must, kiss them once on the forehead when they say good night. Shake hands with them in the morning." Psychological Care of Infant and Child by John B. Watson (1928) 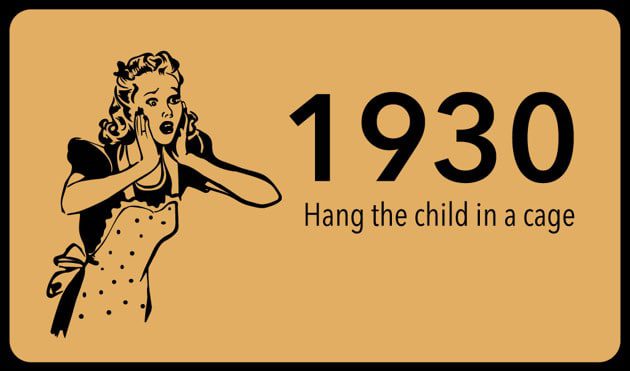 "It is well known that a great many difficulties rise in raising and properly housing babies and small children in crowded cities... babies and young children, who at present are being raised in large apartments, as a result of not obtaining the proper fresh air... It is the purpose of the present invention to provide an article of manufacture for babies and young children, to be suspended upon the exterior of a building adjacent an open window wherein the baby or young child may be placed... wherein the baby or young child together with the proper toys may be placed... When it is time for the baby to take a nap, the bed clothing may be made up in one corner wherein the baby may sleep. Another purpose is to provide a device of this kind made up of sections, and provided with suitable curtains, which, when the baby is sleeping may be lowered, and arranged so as to prevent draft, and yet permit the baby to receive sufficient fresh air." From the Portable Baby Cage patent filed in 1922 by Emma Read. The cage was distributed in the 1930's to members of Chelsea Baby Club. 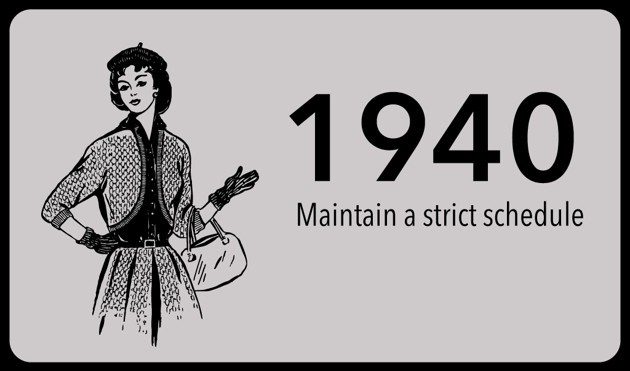 The Truby King method of raising children was very popular in the 1940s (though the man died in 1938). According to BBC "The key to the Truby King method was to feed babies by the clock every four hours and preferably never at night - stoically ignoring demands for sustenance in between... Parenting was about routine and discipline. The formative months were for eating, sleeping and growing - not bonding." 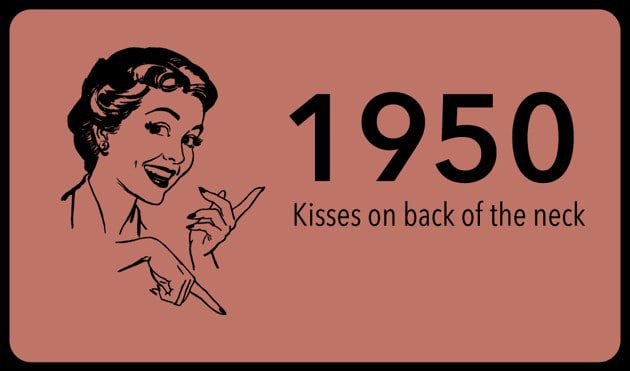 Not really bad, but is it really necessary? "Don't let anyone kiss your baby if you can avoid it but if you cannot, let the kissing be done on the back of the baby's neck." 1959's "Do's and Don'ts" article from Best Wishes Magazine. 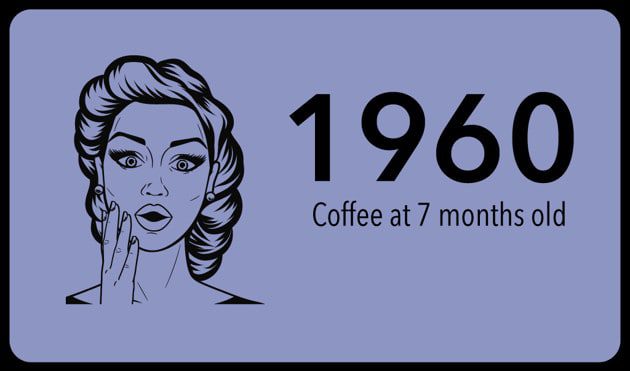 "My introduction of black coffee at about seven months of age has caused more consternation than my original concepts of long intermission between feedings and early introduction of solid foods, since everybody "knows" coffee to be a drink that produces only bad results. But having introduced this drink to infants at about seven months for several years now, I have found no evidence of such bad results... the child who learns the taste of coffee in infancy will grow up appreciating coffee as a supplement to meals and a social drink, a normal part of our culture," from Bringing up Babies by Walter Sackett (1962). 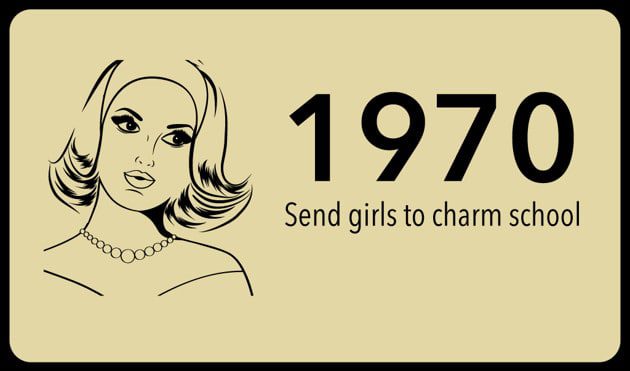 There were various versions of the charm school but girls were encouraged to learn many things including how to get the perfect figure. "If you feel you have a figure problem, don't panic. There are some definite things you can do about it... Once you learn to "know" your figure, you can learn how to camouflage the less-than-ideal areas," from the Sears Discovery Charm Book Teaser.

Unfortunately, the only subjects available in charm school, according to a 1972 pamphlet, were Exercise, Diet, Voice/Speech, Modeling, Skin Care/Grooming, Make-up, Fashion and Manners. See a chapter of one of the Sears Discovery Charm school books here.

What bad advice have you recieved? 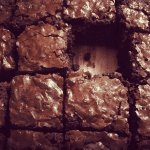