The last thing an Orlando mother heard from her son came from a text.

On Sunday morning, a lone gunman opened fire in an Orlando gay nightclub, killing 49 people and injuring 53 more. The gunman also took a number of people hostage during the shooting, including Eddie Justice, whose final words to his mother came through text message.

While hiding in the women's restroom, Justice sent his mother a text that told her that the shooter was coming and that he was "gonna die," according to The Huffington Post.

One of the final text messages read: "Mommy I love you. In club they shooting." Another said, "he's in [t]he bathroom with us."

It was confirmed Monday morning that Justice had been killed shortly after sending the final message.

It's no question that the Justice family is in a state of shock and grief following the attack. Not only did they lose a family member, but the story of their son's text message has become one of the more popular incidents to occur that night.

Sandy Hook shooting survivor Mary Ann Jacob told The Huffington Post this week that survivors and victims' families have to work hard to band together and try to find joys in their lives.

Jacob, who was a librarian during the Sandy Hook shooting - when 20 kids and six teachers were killed in a mass shooting - told The Huffington Post that she initially wanted to stay home and avoid society.

But she soon realized that wasn't a smart option, either. She'd constantly read articles about other survivors or details of the shooting, which would throw her deeper down the rabbit hole of grief.

That led her to find a sense of peace about the attack, one she hopes that Orlando victims will embrace as well. She said she felt lucky that she survived the shooting, and that dominated much of her thinking.

"I just feel it was a game of chance almost," she told HuffPost. "Why did he go this way instead of that way? Why did he turn left instead of right?"

More importantly, she said it's important for victims to find joy in their lives. The tragedies they go through shouldn't be the defining moments of their lives.

"The way I would describe it is if I put my two hands out in front of me," Jacob told HuffPost of her experience. "My regular life is in my right hand. And the tragedy is in my left hand. Most days it sits comfortably on my shoulder and I look at it and I see it happening and it can come and go in my mind. Other days it weighs very heavily and almost brings me to my knees. But it's always right there. And so, you don't get beyond it but you learn how to put one foot in front of the other and, despite what you've gone through, find joys in other parts of your life."

She said it may be tough for Orlando victims to deal with their grief at first. The media may swarm them and critics may call them out for how they handle their grief.

That's similar to what Nelba Márquez-Greene, whose daughter Ana was killed in the Newtown shootings, said in a Facebook post after the Orlando shooting. Along with some prayers, Marquez-Greene admitted that survivors will go through some tough times, but it's important to move forward and not let the darkness overtake you.

"Don't you dare even listen to even ONE person who may insinuate that somehow this is your loved ones fault because they were gay or any other reason. Nor is it God's wrath," she wrote on Facebook. "They did that to us on Sandy Hook- too. And it broke my heart. You will receive love from a million places. Embrace it. Take good care of yourself. This will be a forever journey. Some ugly will come your way too. Delete. Ignore. Let it go."

I was sleeping in because we just got back from working in Canada. My friends came over for our scheduled morning walk....

Still, there will be people who will look to help victims and their families, Jacob told HuffPost. Families shouldn't turn those people away.

"I'm surprised how in each one of these events - as horrified as everyone in the country is - three days later they go back to their lives," Jacob told HuffPost. "Oftentimes, I don't think people know what to do. It is shocking and they don't know what to do. But it's become so commonplace that we watch it on the news and then turn it off and go to the latest graduation party."

She suggests people text "Orlando" to 64433 for resources and help after the attack.

One of the bigger ways that Orlando victims can find help is through the Everytown for Gun Safety organization, which advocates for ending gun violence and supports creating communities where victims and survivors can band together to talk about the tragedies they've faced.

Experts also suggest that families share ideas about how to handle grief with each other. It's important, according to PBS, for families to create something of a "new normal," where children feel safe to express themselves and understand how to handle grief.

"As you move forward, you may find your family laughing and having fun together more often," PBS reported. "Trust that the memories you and your child create and celebrate will go a long way toward building a sense of emotional resilience that can last a lifetime." 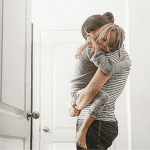 The Top 7 Reasons Why Parenting is the…