Should I Talk With My Children About Sexting?

Advice For Talking to Your Children on the Dangers of Sexting

The world of sexting can be a dangerous one. It's not just the people doing it who are in danger, but also those viewing and sending these messages. In this blog post, we'll take a look at what sexting is, how to talk with your children about it, and other important information you should know about the dangers of sexting.

It may be a difficult conversation to have with your child, but it needs to happen, probably a lot sooner than later.

A recent study has shown that 1 in 7 children have sent a sext, and nearly 27 percent of teens report receiving one, and reports indicate that the pandemic is making it worse. Not only is sexting on the rise, but so is sexual harassment and victimization.

Research suggests the spike is being caused by individuals in isolation who want to express their feelings and sexual interactions.

Sexting is a new word that many people are hearing about these days. It's not just for adults anymore! Kids and teens are using it to share inappropriate images with each other, or with adults who prey on them. If you're unfamiliar with the term, it is the act of using a mobile device, tablet or computer to send sexually explicit images, videos or texts to an individual.

Sexting can be dangerous for kids because they may feel pressured to send pictures even if they don't want to, and the recipient of the image could publish it without their permission.

It is also illegal for anyone under 18, which makes these increased rates so much more alarming. Even minors can be charged and register as sex offenders if they send or receive sexts of other minors.

Your teen might think it's okay and can't harm, but it comes with many consequences that can be life-long or damaging to their reputation.

It is easy for a teen to let their guard down on a cellphone over being in-person. It's also natural for teens to be interested in sexual experiments, but parents still need to warn them of the dangers.

Why do teens sext, to begin with? Partly due to the human nature of being curious, but there are other reasons.

A survey from DoSomething.Org has answers.

When it comes to girls, the survey showed the following.

In an oped from Matt Gore, Director of Engagement at Canopy, he shares how "Talking with your kids about sexting is bound to be awkward, but it's a conversation we have to have with our kids and earlier than we think. Fifteen percent of 8-year-old girls have gotten exposed to sexting. This means that age-appropriate conversations about sex and technology have to start when kids start getting online.

Canopy developed an application that can monitor your child's phone and prevent sexts from even being sent. It blocks 99 percent of pornography and can detect inappropriate images. Many parents are turning to the app in hopes of protecting their children from the long-lasting effects that sexting carries.

What are some of the risks that come with sexting?

The images getting shared aren't safe. They could get hacked, which can lead to bullying and embarrassment for your child. The data on your child's phone is only as secure as the service that is protecting it, so it's always wise to invest in security for any device your child uses.

If your child has experienced or is experiencing cyberbullying for any reason, it's essential to document everything and report all the harassment. The faster you can get a hold of the situation, the safer your child may be from further potential threats.

What is even scarier is that once the sext is sent, there is no telling where it ends. It could end up getting circulated for a very long time. Once it falls into the wrong person's hands, the damage is done, and unfortunately, the image is lost forever and cannot be deleted.

The person who received it could forward it to the entire school your child attends with the push of a button. Research shows that 17 percent of sexters share the messages they receive, and 55 percent share them with more than one person.

It could also affect their relationships later in life.

There are signs that your teen may already be sexting, so look for the following.

Be honest about the dangers and risks involved.

What are the most significant risks?

They likely won't want to jeopardize their entire lives if they understand the consequences are high and there is no exception to something terrible happening. You may think your teen knows the risks, but in reality, research from Drexel University shows that most teens don't have a clue about the legal consequences of sexting.

If they have already experienced sexting them support them through the experience. Remain calm and approachable, so they open up about what happened. Avoid using words like "promiscuous" so they don't feel like they're being shamed and never downplay sexting as a prank. It should always get taken seriously.

Find organizations to reach out to for extended support and ways to help your teen cope. If they experienced any blowback like bullying and ridicule from sexting, it could lead to increased risks of anxiety and depression and suicide. They need to know someone cares about them and they are loved.

If they have never sent or received a sext, advise them to come to you or the authorities when they see any inappropriate behavior online. Sexual predators could pounce on any opportunity to exploit a minor so always be cautious both on and offline. Children who fall victim to a sexual predator can develop low self-esteem, depression and can even become suicidal.

Reiterate your expectations regarding their mobile phones and assure them that just because your family is discussing the topic, it doesn't mean you are taking their phone. Just examine the safety precautions that are needed to ensure they stay safe.

It may be a good idea, though, to limit their cellphone use. Some parents think it's helpful to keep the phone chargers in their room at night, so the kids aren't up all night texting. Sleepovers are another time cellphone use should be restricted, so teens are less likely to feel pressure from friends encouraging the risky business.

Parents who follow the advice given above create a trusting environment where their teens are educated on the matter and are confident to never act on peer pressure. Teens are more likely to do the opposite of what you tell them to do, but through wisdom and empathy, they opt for the right choice instead of the wrong one.

Remember that parents who are calm and show compassion are way more likely to get approached by their teen than emotional, irrational, and judgemental parents. 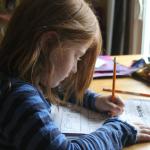