Should you pay kids for good grades?

Do kids need monetary incentives to do their best in school? As more and more parents adopt the practice of paying kids for good grades, we share some concerns and suggest an alternative.

Note: This article is adapted from a column that the Eyres originally published in The Deseret News.

How many parents do you know pay their kids for grades? Are you one of them? Does it feel like a good idea to you? Do you have mixed feelings about it? Let us tell you a little story:

At one point, our 13-year-old daughter Saydi had one of those friends that you wish would move to Wisconsin or somewhere else far, far away. This little eighth-grade buddy was always saying things we wished our daughter wouldn't hear, giving her ideas we wished she hadn't thought of and bragging about things she could do that we didn't allow Saydi to do.

One day, she told Saydi that she got $100 for every A on her report card, and Saydi, of course, brought that little fact to our immediate and urgent attention.

We had always had a thing against paying for grades. It was not a part of our family culture, and it seemed like such an artificial motivation and a bad substitute for an understanding of the lifetime "real value" of education.

But it sounded pretty good to Saydi.

We thought about it for a couple of days and sort of blundered onto an approach that actually worked beyond our expectations.

I shared these numbers with Saydi, and we talked about the connections between grades and getting into college, getting into really good universities, going to graduate school, and getting good jobs. She was more interested and engaged than I thought she would be, and seemed to be taking mental notes.

In fact, she must have done quite a little thinking about it because from the back seat of the carpool a few days later, I heard this (very gratifying) conversation.

How much is it that you get for every A?

Saydi's explanation to her friend may not have been very complete or detailed, and I'm not sure the friend ever did really understand what the "bonus" was. But the point is that Saydi understood it, and her motivation for working for good grades was based on real numbers from the real world rather than on some form of parental bribery.

And it was also kind of fun to hear her snooty little know-it-all friend become absolutely speechless for once in her life.

Naturally, what all parents want is for their kids to take full responsibility for their own schooling and academic performance, and of course ownership of education is about much more than grades. Helping children to love learning itself and to see education as a process of self-discovery, and recognizing their aptitudes and gifts so they can build on them for their college major and their career - these are the real measurements of educational success and the real areas where we want our children to feel fully vested and involved.

The point is that real and ongoing discussions about the true worth of education end up working much better than paying kids for grades.

Richard and Linda Eyre are New York Times #1 Bestselling Authors and the founders of JoySchools.com who speak throughout the world on marriage and parenting issues. Their two new books are The Turning, and The Thankful Heart. 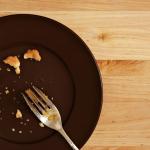 5 Ways to Keep the Bounty of the…