Should you tell your kids what movies they CAN’T watch?

Some Parents Let Their Kids Make Their Movie Choices While Others Decide What Movies Their Kids Can and Can't Watch.

When it comes to raising your kids, media has become "the other parent." Television affects cognitive, emotional, social and physical development, and in a world where children ages 2 to 5 watch an average of 32 hours of television a week, it's no wonder that what your kid is consuming is as influential as you - the parent- are in developing his or her views of the world.

In fact, you may be surprised by the way shows intended for kids are influencing their audiences. For example, princess movies might be negatively affecting your daughter. A 2016 study discovered that girls who watch princess movies adhere more strictly to gender stereotypes, causing them not to be as confident in math and science and, over time, to have worse body image.

Also, comedic cartoons, such as Looney Tunes, can cause children to be less empathetic and more aggressive. Furthermore, lately children's sitcoms rely on tropes that belittle adults, depict disobedience without consequences and contain sexist and racist themes. However, none of this is to say that movies and television are bad and should be avoided completely. In fact, while studies are convincing evidence of the negative effects of movies and TV, research also reveals that movies and television have essential positive effects as well.

For instance, studies reveal that movies and TV can make you more empathetic, smarter and can improve mental health. This means it's not the medium that causes the issue but the type of media that is being consumed. In other words, it's imperative that you select wholesome entertainment that is inspiring and educational as well as entertaining.

As a parent, one of the challenges is teaching your child how to recognize what media is appropriate and what isn't. Not having the life experience you have, your kids aren't able to separate the fabricated world on screen from reality.

There is a wide spectrum of approaches you can take to teaching your child about media. Here are some suggestions of ways you can handle media in your home according to your beliefs, parenting style and individual kids.

Draw hard lines for what is and what is not appropriate to watch. You can set these standards as broad as allowing any movie so long as there is no nudity or allowing anything accessible from certain wholesome sources (such as the Dove Channel). On the other hand, you may prefer to set more specific standards. You might choose to set a universal standard for your whole family or individual standards based on the ages or dispositions of each kid.

You may want to invite your kids to be a part of the discussions you and your spouse have about these standards. This way, your children will feel their voices are heard and better understand where you are coming from.

Ask permission for each movie

Choosing for your kids parents can handle media choices. You can set a rule that movie and TV choices need to be run by a parent before being watched. Even if your son or daughter is at a friend's house, he or she should call or text to get permission before watching something. In this way, you can make sure they aren't watching things that you know aren't appropriate for them to consume.

On the other hand, if you don't want to monitor everything that your kids watch, you can make sure you have conversations about what things they're watching. This way, your kids in control of their choices, but you are able to guide the way they view what they're consuming.

By engaging your children in conversations about the media they consume, you have the opportunity to guide the messages that those shows are teaching your children and make your kids more informed consumers.

Similarly, parents can take opportunities to watch shows with their kids. This can be challenging because you don't always have the time to sit in front of the screen (and if you do, are kid's shows your top choice?). However, by engaging in the content your kids are consuming you are able to comment on the issues first hand, and not just hoping the issues come up when you're having discussions with your kids.

Most countries' film organizations use rating systems to define the audience that a movie's content is appropriate for. These ratings (such as "G" for General, "U" for "Universal," "M" for "Mature," etc.) are defined systematically and strive to be comprehensive by evaluating types of violence, sexual content, language and themes.
However, not every film with the same rating is created equal. For example, one thriller about drugs, torture, violence and sex received the same rating as a movie that uses the F-word a few too many times but is void of violent and sexual content. This isn't to suggest that either of these films is appropriate for kids but to demonstrate that rating systems are subjective.

On the other hand, there are some third-party companies that create their own rating systems as well as outline in detail the content of the film. This way no one is surprised by content they find objectionable. You can teach your child to review the content of a movie before seeing it by practicing together.

Try subscribing to services like the Dove Channel where you can access rating systems that will educate you on the objectionable content in films your kids want to view.

Something is better than nothing

No matter what system you use, it's imperative that you guide your children to be informed consumers so that this "other parent" doesn't raise your kids to be people you don't know.

Do you think that you should censor what your kids watch? How do you teach your kids about movies and TV? Share your opinions in the comments. 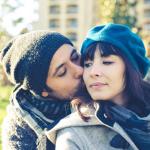