Smooth Moves With Teens: 3 Keys to a Successful Move

Moving is Never Easy. Add Teenagers to the Mix and You Are Likely to Have an Explosive Situation on Your Hands. Here Are Some Ideas We Found Helped to Avoid Complete Teen Blow Ups and Actually Led to Successful Moves For the Entire Family.

"You may be moving, but I am not," were the words of our then 15 year old daughter. We had only been in Texas for over a year and a half when we made the decision to move again. A better opportunity had arisen in Florida that would put us closer to my in-laws who were advancing in age. All of this didn't matter to a teenager who had finally started to feel settled. And yet a few weeks after moving to Florida she turned to us and said, "I think this was a really good move for me."

Five years later we had a similar reaction from her younger siblings as we announced a move to North Carolina. At ages 14 and 15, they wanted nothing of it. They had friends, good schools and a great church youth group. Again, after the move each could see the benefits of the move. They had made new friends, gotten involved at school and had a new church youth group to enjoy.

How then did we manage to move not once, but three times with teenagers? I believe our success can be attributed to 3 key elements: communication, friendship and involvement.

Already an important factor in raising a teenager, communication takes on new meaning with a big change in the family. When I asked my children what helped them with our moves, they were unanimous in saying we listened to their concerns, their fears and their questions. Sometimes, teens just need to verbally express how the move makes them feel or what their fears are, and then they can face it. One daughter said it helped that we didn't argue with her about it. We let her vent and express herself, yet we all knew the move was still going to happen. She just needed to release some steam. Don't get pulled into a back and forth over it.

Friendships are an important part of a teenager's life. The thought of losing current friends is terrifying. The thought of having to begin that process all over again is fairly intimidating. In today's modern world the message of the Girl Scout song, "make new friends, but keep the old, one is silver and the other's gold," is possible - even if you move hundreds or thousands of miles. We encouraged our teens to continue those friendships they would be leaving through calls, texts, emails and social media. When possible, we arranged to visit with those friends either with return trips to our old home or by having those friends come visit us.

Once we arrived in our new home, we encouraged our teens to seek out new friends. Our oldest daughter said this really made a difference in her moves. We made sure to make our home a welcoming place where she and her new friends felt comfortable. When we first moved to Florida our home became the movie-night house. Every few weeks our daughter would invite a bunch of friends over to watch movies and eat pizza. It truly helped her to establish lifelong friendships.

Belonging to a worldwide church also helped with making new friends. Each place we moved we knew there would be a youth group that had the potential of good friends for each of our teens. We knew the kids in the group would have similar values and standards. Finding a good church with good youth programs can go a long way to helping teens find new friends.

One of the most difficult aspects of moving is feeling like you fit in and have something to offer. Our oldest daughter loved drama and singing. She was able to get right into the high school musical production through a class at the school. It was incredibly helpful. She didn't have time to mope or miss her old school.

Our second daughter says that our encouraging her to continue her running cross country and track really helped her transition to our new home in North Carolina. She had not run most of the summer and when we arrived in August was worried about making the team. We strongly encouraged her to try anyway. It was one of the best things she did. In Florida she was on a large team. Being a freshman meant she didn't get a lot of one on one coaching. In North Carolina the team was smaller and she was one of the fastest. She became a varsity runner for 3 years and had leadership opportunities she would not have had in Florida.

Our oldest son was 14 when we moved to North Carolina. He also loves to perform. We encouraged him to audition for the school shows. We found a community theatre organization to participate in. He also helped with the set building and was on the tech crew for the school production. It gave him opportunities to do something he loved and make new friends as well.

No move is without difficulties, setbacks, and trials - especially with teenagers involved. It is possible to overcome all these by keeping in mind communication, friendship and involvement. Who knows, your teen may even thank you one day for making the move. 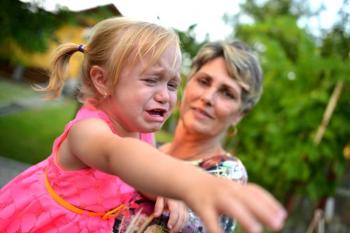 Are We Having Fun Yet? 3 Tips For…