So what happens if you have an ugly baby?

Not All Babies Are Cute. But What Does That Mean? Read on and Find Out.

The reason you go goo-goo-ga-ga over a baby is more complicated than you think.

New research out of Oxford University found this week that a baby's cuteness is tied to all five senses. So it's not just the chubby cheeks and the button nose. It's the fresh baby smell, the giggles and laughs, and the gaping smile that make you feel a baby is cute.

The study, which was published in the journal Trends in Cognitive Sciences, found this also makes people pay more attention to the child. This can help babies survive since they need the constant attention in order to grow.

"This is the first evidence of its kind to show that cuteness helps infants to survive by eliciting caregiving, which cannot be reduced to simple, instinctual behaviors," he said in a statement. "Instead, caregiving involves a complex choreography of slow, careful, deliberate and long-lasting prosocial behaviors, which ignite fundamental brain pleasure systems that are also engaged when eating food or listening to music, and always involve pleasant experiences."

And this isn't just reserved to fathers or mothers. It seems everyone has the desire and interest to find babies cute. (Though some research has suggested that women can identify cute babies better than men.)

"This might be a fundamental response present in everyone, regardless of parental status or gender, and we are currently conducting the first long-term study of what happens to brain responses when we become parents," Kringelbach said in a statement.

But as any parent, family member or friend will tell you, not all babies are cute. Parents often find babies less cute when it comes to physical abnormalities, especially when they have facial deformities and irregularities "that disrupt the typical cute facial composition," according to Vox. And there's a very real problem that exists of parents discriminating against babies because the newborn doesn't fit the structure of an ideal baby.

This can have a major impact on children and their future, affecting their child development, Vox reported. When parents pay less attention to their children, it affects the youngster's growth.

"These problems can at least partly be attributed to early disruptions in mother-child interactions, specifically a lack of all-important maternal responsiveness," the study's authors wrote, according to Vox.

But parents should know that babies' attractiveness means almost nothing for their future. A 2011 study found that there was no correlation between babies' cuteness and their looks as an adult. According to Psychology Today, the study said that a baby can grow up to be less attractive, and an attractive adult may have been an ugly baby.

"Some ugly ducklings turned into swans, some baby swans become ugly ducks. Some gawky, awkward babies remained that way into their senior year of high school," Psychology Today reported. "And some beautiful babies kept their glow through the years. This was true of males and females alike. Cuteness - or homeliness - in infancy does not predict future attractiveness."

Still, parents often wrestle with the possibility that they will have an ugly baby. In fact, some parents feel that their newborn is ugly and feel sheepish about it.

But mothers suggest that parents find a way to move past the looks and love their baby for who they are, according to PopSugar's interview with Circle of Moms, an online community of mothers.

These mothers agree that new mothers should know that ugly babies are common and are almost always born with some abnormalities given they've spent the last nine or so months inside the womb, the mothers said. And, as mentioned earlier in this article, Circle of Moms said that babies can grow up to look differently.

But most importantly, several Circle of Moms members said that "beauty is only skin deep." Ugly babies turn out to be beautiful adults because of their glowing personalities that they shape as a baby.

As one mother put it, "All babies and children are beautiful in their own right!" 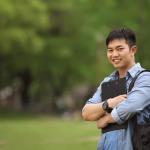 10 Life Skills to Teach Your Child Before…