Stuck to the Screen? How to Prevent a Video Game Obsession

If You're Worried About Your Child or Spouse Becoming Obsessed With the Latest Video Game or App, This Article Will Help You. Here Are six Practical Suggestions For Keeping Your Loved Ones in the Real World, Not Stuck in a Virtual One.

Video games are everywhere. Keeping a gaming system, like Wii or Xbox, out of your home doesn't guarantee immunity from video game overload. Since games can be loaded as apps or accessed online via phones, tablets, e-readers and iPods, keeping your kids (or yourself) from playing constantly is going to take extra effort. The following 6 tips can help keep a pastime from becoming an obsession.

Try not to have games on every device. I don't put any games on my phone, not because I don't want sticky fingers touching it. If we are going to be at a place where we have to wait a long time, like a doctor's office, I bring the iPod, which has apps the kids enjoy. We have two TVs in our home, and only one is connected to a gaming system. It's getting harder to limit access as my children get older and want their own devices. We have our daughter check hers into us at bedtime, so she's not tempted to play in her room.

My son is constantly pushing the time limits I set for him on video games. Thirty minutes turns into an hour, "just five more minutes" turns into 20. When you set time limits for yourself or your children, be sure to follow through. I have been known to take away all media time for a day or two if kids push the limits. Some families use tokens or cards to earn increments of video game time. Others use a timer to alert kids when it's time to quit.

Making your children or spouse aware of the possible dangers of video game obsession might make them curb their screen time. Some people use video games as an escape from difficult things in their lives. Others check out on responsibilities by playing incessantly. An article at WebMD asserts that youth who immerse themselves in the world of gaming might never learn proper social skills and experience face-to-face interactions. Children need active play, and outdoor stimulation, which most video games don't offer.

I have a laundry list of suggestions when my kids want to play video games, but have used up their screen time. Even though they usually pronounce them all "boring," they do move on. Kids are most easily swayed away from the screen with the promise of one-on-one time with a parent. Offer to do an art project, go to a park or bake something together as an alternative. Play a card or board game instead of a video game.

Choose one or two days a week to go "screen free." If the adults in the home commit to do this, the kids will follow. We set Sundays aside as a day with no media distractions, but we're going to add in one more day each week. Campaign for a Commercial-Free Childhood advocates a screen-free week each year, where families are encouraged to turn off media and turn on life.

Children need time to wind down from the stimulating effects of TV and video games, particularly before bed. Power down all devices at least 30 minutes before sleep. Once my son was so obsessed over advancing through a popular online game that he could not sleep. He also had vivid dreams about the game, even though it was very mild. Together we decided to take a break from that game for several months, and we helped him establish a calming bedtime routine.

Video games can have positive benefits for adults and children. However, like many things in life, taken to an extreme they can be damaging and prevent children from being active and present in the real world. Help the people you love keep gaming merely a hobby, and not an obsession. Real life is more fulfilling than virtual living. 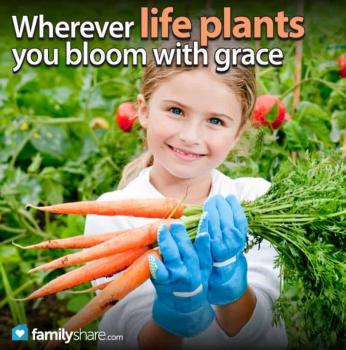 4 Ideas For Growing Your Garden and Growing…