Study: How much weight you need to gain or lose to look attractive

A New Study Has Found How Much Weight You Need to Lose if You Want Someone to Find You Attractive.

There's good news for anyone who wants to appear more appealing - science has found how much weight men and women need to gain or lose for someone to find him or her attractive.

To find this, researchers looked at the facial adiposity - the perception of one's weight through their face, which can be an indicator of one's body mass index, according to Medical News Today. Using a collection of digital photos of faces, specifically of men and women from 20 to 40 years old, the study asked participants to compare random faces and choose which one appeared heavier.

After finding that people notice a change in a person's weight after a loss or gain of 2.93 pounds, the researchers looked into how attracted participants felt about faces based on changes of their facial adiposity, Medical News Today reported. They found that women who had a facial decrease of 5.24 pounds and men who had a facial decrease of 5.7 pounds (about 13.9 pounds and 18.1 pounds overall, respectively) were perceived as more attractive.

"Women and men of average height need to gain or lose about 3.5 and 4 kg, or about 8 and 9 lbs, respectively, for anyone to see it in their face, but they need to lose about twice as much for anyone to find them more attractive," professor Nicholas Rule of the University of Toronto in Canada said about the study.

The difference between men and women may be because "facial attractiveness of women may be more susceptible to changes in weight," Rule told Medical News Today.

The researchers hope this will "contribute to a greater basic understanding of the precision and limits of social perception and may provide information of value to medical practitioners and individuals seeking to manage changes in weight," according to Medical News Today.

But it's not always beneficial for partners to lose weight before or during their relationship, according to a 2013 report from researchers at North Carolina State University and the University of Texas at Austin.

It can be especially dangerous if partners aren't equally committed to losing weight, Daily Mail reported, or if one partner loses more weight than the other.

"People need to be aware that weight loss can change a relationship for better or worse, and that communication plays an important role in maintaining a healthy relationship," Dr. Lynsey Romo, an assistant professor of communication at NCSU, told Daily Mail.

The researchers interviewed 21 couples across the United States who had lost at least 30 pounds within two years. They found that most of these couples had improved communications and relationships, but some saw their relationships fall apart.

"This study found that one partner's lifestyle change influenced the dynamic of couples' interaction in a variety of positive or negative ways, tipping the scale of romantic relationships in a potentially upward or downward direction," Romo told Daily Mail.

That's why experts agree that couples should work together to lose weight, according to WebMD.

"The advantages of dieting together include mutual support and inspiring one another," Lydia Hanich, MA and psychotherapist, told WebMD.

In fact, there are certain weight loss actions where men and women can benefit from each other.

For example, when men lose weight, they are less inspired to eat after a work out, where as women want to eat more after working out, Nancy Clark, MS and RD, told WebMD. By working together, men can help women avoid that post-workout snack, Clark said.

WebMD also recommends couples avoid emotional eating, especially when dealing with stress in a relationship. Rather, couples should constantly stay active and push each other to lose weight.

"When it comes to weight control," Clark told WebMD, "it's important to stay active throughout the day, not just run for an hour and then sit around." 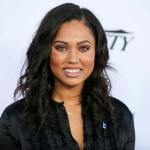