Because suicide hurts everyone it touches, learn the lifesaving signs and symptoms of suicide in adults and teens. The life you save may be your loved one's. Learn who can help, and what to do, if your family member is thinking about suicide.

None of my experiences as a victim's advocate, taking calls on a crisis line, prepared me for the call I received this year. The call was from a paramedic and trusted friend. One of my closest friends had committed suicide. Her son was asking for me to come, while they waited for family to arrive. I tell you this because I want you to know that sometimes everything we do still isn't enough. People we love may take their own lives, no matter what we do. Sometimes there is little or no warning.

As parents, it is important to know when our spouse or children are in danger of hurting themselves. This enables us to do everything we can to prevent suicide.

When someone has truly decided to commit suicide, they may never ask for help according to the Help Guide. They report, "A suicidal person may not ask for help, but that doesn't mean that help isn't wanted. Most people who commit suicide don't want to die - they just want to stop hurting. Suicide prevention starts with recognizing the warning signs and taking them seriously."

If you think a friend or family member is considering suicide, even though it can be hard, do the brave thing and talk to them. Talking directly and openly about suicidal thoughts and feelings can save a life. The Help Guide also reports, the World Health Organization estimates 1 million people die each year from suicide. It is the third leading cause of death among teenagers.

In our small town of less than 6,500 residents, we have had almost a suicide a month this year, including my friend. It is a stark reminder of the importance of recognizing the signs and symptoms of suicide. Always take every threat, or statement about suicide, seriously. Without fail, act on any sign that someone might be suicidal.

Signs an adult may be suicidal

The Help Guide offers a more detailed list of symptoms for adults.

Signs a teen may be suicidal

The American Academy of Child & Adolescent Psychiatry gives accurate information about teen suicide. They list the following symptoms of suicide for teens:

Teens may also display the same symptoms as adults including giving things away, sudden cheerfulness or threats to commit suicide.

Teens usually talk to teens. Teach your teenager to take every threat a friend makes seriously. Teach them that you are there to help. Let them know who they can safely go to for help. Refer them to adults who would know what to do, like school counselors.

Late one evening, my 13-year-old daughter came into my room and told me a friend had passed a suicide note to her at school. Much to her dismay, I called the school principal at home. After a series of phone calls, my daughter's friend was checked into a mental health hospital. She had been found in the middle of a suicide attempt. I was able to praise my daughter for saving a life, rather than comfort her after a friend's death. Teens are often the first to hear another teen's suicidal thoughts and need to know what to do.

If you have more questions about suicide or just want to talk, an international list of hotlines and help from Suicide.org is here. Most hotlines can be called anonymously. Additional resources in your community may be:

If you suspect someone is suicidal

Ask the person directly if he is suicidal or has a plan to kill himself.

This may sound like a difficult and uncomfortable conversation, but the information is important to professionals who can help you. Don't be surprised if you get an honest, and sometimes frightening, answer.

If the answer to the question, "Are you suicidal?" is yes, you must get professional help immediately.

NEVER leave someone who has stated suicidal intentions alone

Stay with the person who is suicidal, or keep her in sight until you can get professional help.

Places to get help for someone who is suicidal

Learn the signs that someone is suicidal and do everything you can to get them help. You may be able to save a family member's life. Teach your teens. The life your child saves may be a brother or sister's.

Remember, sometimes we do everything we can, and still lose loved ones. It is not your fault. Be watchful, vigilant and know that there is help and you are not alone. 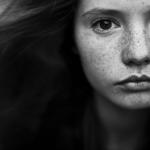