Take back Christmas: From chaos and shopping carts to magic and meaning

Christmas should be magical and meaningful instead of unmanageable and even miserable. Here are six simple ways to "take back Christmas."

Editor's note: This article is adapted from a column that the Eyres originally published in The Deseret News. It has been reprinted here with permission.

Do you long for less commercialization and more meaning in your family's Christmas? Well, here's a story:

Way back when, as a young mother, I found myself surrounded by a wild assortment of Christmas decorations, standing in a long line of other fidgeting mothers for what seemed like an eternity. I had hired a babysitter and was on an urgent errand to fulfill the dream of my 7-year-old daughter, Shawni, who had to have a "Baby Alive" for Christmas. She'd fallen in love with the doll as she delightedly watched its TV advertisement over and over.

The captivating part for Shawni was that this doll could actually eat! Thanks to a few batteries, Baby Alive could suck her liquid food into one end and then fill her diaper on the other. Somehow, dreams of changing her new baby's diaper were just as exciting to Shawni as spooning the food into those little mechanical lips.

This was before the days of online shopping, and I had searched every catalogue and called every store in town to find this treasured new family member - all to no avail. Everyone was sold out. I kept calling, finally finding one store whose salesperson said they still had some in stock.

Alas, just as I neared the front of the line, I was dumbfounded when the cashier loudly announced that the mother directly in front of me had just received the last doll. Immediately, the air was filled with moans and groans just short of weeping and wailing. Admittedly, tears welled up in my eyes as I considered how in the world I could tell Shawni that her dreams of Baby Alive were dead!

I was devastated and sulked away thinking, "I hate Christmas!" My frustration was not just about Baby Alive. It was about the mountain of expectations I felt hanging heavily on my shoulders - all the things I had to accomplish before Christmas. We had four other children whose long Christmas lists needed to be filled. And because my own parents were getting older and lived far away, I was always in charge of getting everyone together for our annual Christmas dinner. I was also in charge of the class Christmas party at the elementary school, and I was dreading the mess of making Christmas cookies.

This "Baby Alive incident" was the last straw. I finally admitted that things were out of control. I was not in charge of Christmas; Christmas was in charge of me! And - speaking of Baby Alive - I was barely alive myself! Where was my peace and joy? Where was the real meaning of Christmas?

On the way home that day, I vowed to change things and started to formulate what I could do to simplify Christmas. Although it was hard to let go of some of our longstanding traditions, I desperately needed to make Christmas more magical and meaningful instead of unmanageable and miserable!

Some of my initial resolutions are listed below. Of course, they didn't bring perfect peace, but I loved choosing what to be stressed about on my own terms! (Because every family is so different, I suggest making your own list for simplifying Christmas. Make yours meaningful to your family.)

I'll spare you the details of how it happened that I watched a delighted Shawni lovingly cradle her new Baby Alive on Christmas morning (I did finally find one for her), but while I loved pleasing Shawni, what I loved even more was what I'd learned by the time that hectic, crazy Christmas was over. 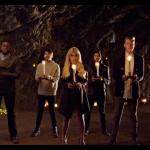 This Rendition of 'mary, Did You Know?' Reminds…