Talking to your teen about pornography

You've found some unsavory sites in your Web history and discover your son has been paying regular visits to explicit Web pages. How to talk to him and still leave him intact.

I remember so well the day I went into a child's room and found a pile of printed-out pictures that left me with a sense of sorrow and world-weariness.

It happens. It shouldn't, but it does. And when it does, or even before as a preemptive strike, you need to be prepared to speak to your children in a way that helps them to understand the negative impact on them and society as a whole, without leaving them belittled and broken. Here's how to do just that.

The truth is that messages, overt and covert, bold-faced and subliminal, are everywhere around us and it would be easy for anyone to believe that such a mentality is normal and acceptable.

Thankfully, I received divine inspiration on dealing with the situation and the conversation was real, calm and full of providential wisdom.

First of all, children struggling with pornography need to understand that this is not simply a religious issue. It is not only a matter of "we don't believe in this." It has far-reaching repercussions that can deteriorate to a very unhealthy level at a frightening rate.

Though society, in general, views this as a rite of passage, it can and has devastated families and ruined lives.

What to Know Before the Talk

Here are a few important things that you should understand before you enter into a discussion because there may be arguments brought up that you will need to know how to address:

All of this was not intended to cause you to throw in the towel. These are the facts, verified through extensive studies, among them Pornography's Effect on Adult and Child by Victor B. Cline, from which this article's findings came. This is for you, as the parent, to view for understanding that this is not as acceptable as it is portrayed to be in the media.

What You Can Say

Bringing out all of these more clinical points may not be effective in attempting to deter your child from involving him/herself in this past-time. Here are some points to make:

By following these steps and preparing before you need to speak to a child about pornography, you can be prepared and face this menace head on. Become well-versed in these points and spend time learning more. 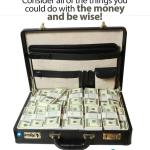