Teach Your Kids How to Take Criticism

Kids, like adults, can be hurt when criticized. Some criticism needs to be ignored while some needs to be thoughtfully considered. It's harder for kids to tell the difference. Parents and other caring adults need to help them understand the difference.

First of all, help them know that they will be criticized. It's just part of life. Some criticism will come their way from those who are jealous or envious of their talents, abilities, or possessions. This type of criticism is meant to hurt, not help. Those dishing it out think that belittling someone else makes them somehow superior. Actually, the opposite is true. Give your kids an example so they can see what you mean.

Let's say your daughter comes home from school feeling sad. When you ask what happened, she says, "Susan said my new outfit is ugly and makes me look fat." Validate her feelings and say, "That would hurt." Then say, "Let's go look in the mirror and see what we think about your new outfit." Stand at the mirror with her and say, "What do you see?" You know she likes the outfit because she chose it. It looks cute on her. After she tells you what she sees, say something like, "I see a cute outfit that looks very nice on my adorable daughter."

Destructive criticism is often based on jealousy

Talk about why Susan might be criticizing her. Let her talk. Bring out the fact that sometimes people say things to us because they are jealous. Maybe Susan is feeling sad she didn't have a new outfit, or that she's feeling fat. People who criticize others in this way are usually insecure and down on themselves. They take it out on others, hoping it will make them feel better about themselves, which never works.

A good defense for bad criticism

Now it's time for the conversation on what your daughter can say when someone makes a comment like Susan's. Ask her to consider some options before you jump in with your ideas. She might say, "I'm going to tell her she's fat and her outfit is ugly." Ask, "Will that make you feel better?" Emphasize that treating others the way you would like to be treated is always the best way. A simple reply like, "Sorry you don't like it. I do, and I also like the outfit you're wearing today, too." If you don't, then compliment her on something you genuinely like about her. Susan will have no rude comeback for that, and her unkind criticism will likely stop.

What if the criticism your son received was from a teacher who said, "You could have done so much better on this paper. Your writing is sloppy and hard to read. That's why you got a low grade." What then? Same process - evaluate what was said and look to see if it's true. Have your son show you the paper and ask, "What do you think? Was the teacher right?"

Stephen Palmer, a writing instructor, in an article titled "Yes, you suck - now get over it!" said, "One of the most common things [students] express at the beginning is a strange mix of open dread and secret hope - dread that I'm going to think their work sucks, and hope that I'm going to love it and fawn over them and tell them I've discovered the next literary genius."

He shared how he asked a student why she wanted to become a good writer. After telling him why, the student said, "So I suppose the emotional turmoil of having you tear my papers to shreds just might be worth it."

His reply to her was, "That 'emotion turmoil' is exactly what I'm talking about - that ever-so-vulnerable hope that your amateur work might be good, overshadowed by the dread that it's not nearly as good as you hope."

"There's nothing wrong with having those emotions - it's perfectly natural. And I have the highest respect for anyone willing to submit themselves to that agony." He then goes on to stress the importance of students to "keep on working until you become good at your passion." He ended with this comment to his students: "You are amazing. And your first attempts to amaze the world are going to suck. Now get over it and do the work."

What we can do

One of the smartest things we'll ever do is learn to take good criticism and ignore the bad. Listen to people you trust, even if some of their criticism is painful. Put pride aside and ask, "Will this make me better or is it of no worth?" Once you filter this out you can take the good and move forward.

Learning to take good criticism yourself and teaching your children to do the same will be a great head start in succeeding in life. 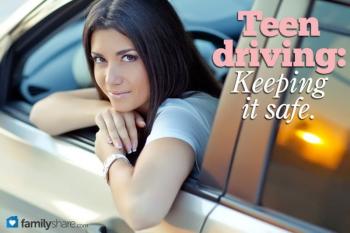