Teaching children to learn from their mistakes

We can help our children realize the importance of learning from mistakes.

"A man's errors are his portals of discovery." -James Joyce

We see our children come home from school or a sporting event with the weight of the world crushing down on them. They are deflated and sometimes don't feel they will ever recover. Our job is to help them not only learn from their mistakes, but excel through them.

We try to explain that everything's going to be fine, and they will get over it, but they don't quite grasp it. Particularly if it means having let someone else down as a result of their mistakes.

There are ways we can teach them a few tools that will take some of the sting out of what they are going through. If one doesn't work, move on. Something will eventually ring true:

Allow them a brief period to wallow in their mistake. Set a kitchen timer for 15 minutes. Give them that time to think about what happened and try to process it. Then talk about it.

It doesn't seem like it, but the problem will pass. Things move so quickly in this world, and people rarely hang on to our mistakes the way we do.

All humans make mistakes. All of us. Even the folks who rib us for erring. They make them also. It is part of the learning process. If we knew everything and did everything right, we wouldn't have any need to learn and grow. But we do.

No matter how hard we try, we are going to make blunders.

It can get us back on the right track

If the mistake is harsh enough, chances are we will not repeat it. Sometimes making a mistake is a blessing in disguise because it gives us clearer focus and a better sense of direction.

Every mistake has a lesson to be learned

Every time we mess up, there is a secret lesson to be learned. Teach your children that it is like a treasure you have to seek out. Have them think on it and then discuss it with them. If they can't see it, help them by giving them some hints.

Fix what they can

If it's a bad grade, they can ask for extra credit, make-up work, or re-take a test. If it was a bad play in sports, they can apologize to the team and re-commit themselves to doing better. If they broke something or borrowed without asking, they can go to the person and ask what they can do to make it better. Whatever it is, they need to fix it, and then work to make it better.

If worse comes to worse and they don't seem to snap out of it, clue them in on others who have made monumental blunders that sometimes turned out to be blessings in disguise. Many times people have worked long and hard on a project and made a mistake that turned out to be a huge success. Click here and show your children some fun examples including the Slinky, the microwave, and Silly Putty. Have them think about what life-altering change might come from their mistake.

Children are resilient. They bounce back. Sometimes, they just need a little help getting there. Try not to let mistakes go undiscussed. Help them rectify and move on. If they are swept under the carpet or ignored, they can fester into character-altering flaws and a severe lack of confidence. They need to know that when they fall off the bike, they need to get right back on it. 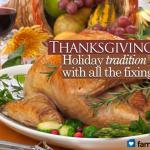 Thanksgiving: Holiday Tradition With All the Fixings