Teaching Your Children the Art of Negotiation

Life is Sometimes About the Art of Negotiation. Why Not Teach Your Children That Art to Prepare Them For the World?

We all negotiate. With our employers. With our neighbors. With salespeople. With spouses. So maybe negotiation is something we should be teaching our children to better prepare them for a good life with a little less frustration and a little more moxie.

Children have no shortage of things to negotiate about. Teaching them to negotiate and not argue, pout, or storm off will benefit everyone. That being said, it doesn't mean everything is negotiable.

Pick and choose your negotiations carefully. One example I found was of a 9 year old who wanted to stay up past bedtime with her 7-year-old brother and watch a Jacques Cousteau special. She made the argument that she was studying aquatic life in school, her brother would eventually take the same class, and they could benefit from this one-time opportunity. She made a valid point and, with the provision-again, negotiation is give and take- agreeing they get up at the normal time even if they were tired, a successful compromise was reached.

There are many situations where knowing how to negotiate will really help our kids.

Teachers are human and can make mistakes and misjudgments (though I wouldn't broadcast that to children). If students think they were graded unfairly, being able to articulate that to a teacher and not storm off and gripe to their friends, they will find that most teachers will respond well.

How much drama do kids have with their friends? Reduce the number of storm clouds by helping them learn to negotiate with their buddies. "I don't really want to go to the park today, but if you'll watch this movie with me today, I'll go with you tomorrow. How is that?" "I will trade you these three Pokemon cards for that one I'm missing."

What would you give to have a reasonable conversation with a child to avoid a tantrum? Worth the price of compromise on things that aren't critical. "No, you may not get a tattoo. Period." "Yes, we can talk about piercing your ears."

Being able to negotiate would solve a multitude of problems. "I have practice after school. If you'll set the table for me, I'll take out the trash for you later." "If I could borrow that dress for Saturday, I would give you that t-shirt you like."

For teens who are working. "I have a game Friday night. Can you cover for me, and I'll work two shifts for you later?" "I have a date on Saturday. Can my friend babysit for you that night? She comes highly recommended and has covered for me before."

Along with teaching them to negotiate comes the possibility that all negotiations might not work out the way they planned. This is just as important to learn.

Lessons like these will teach children to weigh the odds before making an impetuous proposal. They will learn moderation in everything, and that sometimes sacrifice is called for.

As a parent, entertain negotiations where you can, and stand firm where you don't feel good about it. That's what life is all about. Sometimes you win, and sometimes you lose, but in the end - you learn. 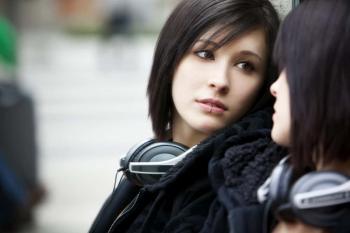 Overcoming the Identity You Thought You Had