Tell Your Children They Can Be Superheroes, Too

A Distinction Needs to Be Made About What Really Makes a Superhero. is It the Costume? the Ability to Fly? Run Fast? Lift a Car Over His or Her Head?

A distinction needs to be made about what really makes a superhero. Is it the costume? The ability to fly? Run fast? Lift a car over his or her head? Or is it the hero's inner qualities such as bravery, compassion, and his or her desire to make the world a better place?

What would happen if a superhero didn't have these good qualities? Despite his or her super abilities, he or she would just be an average person with some cool powers. But no one would look up to the hero and no one would want to be like him or her. It's what a person does with his or her abilities that make them a superhero.

Superheroes know how to make others feel of value. And, fortunately, every quality a superhero possesses, our children can obtain too. Let's go over a few of these.

Life takes courage. Every day. And it comes in different forms. For some, simply going to school takes courage, or for others, standing in front of a crowd takes courage. Courage is a kind of strength, power or resolve to meet a scary circumstance head on. Teach your children that even in small moments we can be heroes.

Compassion is the ability to understand the emotional state of another person or oneself. It gives a person a desire to reduce the suffering of another. Take your children on walks and point out an unhappy child or maybe a lost puppy. Look for ways to show compassion whether it's to siblings or friends. Unfortunately, there's suffering all around us if we're willing to see it.

This is a hard attribute to teach children. Selflessness means we act without thought for how we will profit or be rewarded. One way to teach selflessness is to show our children how their actions will make other people happy. For example, have an older sister read to a younger sister even though the older child thinks it's boring. Teach the older daughter that her actions are to help bring joy to someone's life. Give your children opportunities to help others whether it's working in soup kitchens, donating their time at a secondhand clothing store or anything that means they may have to sacrifice something that is important to them, like time or money, for the benefit of someone else.

A superhero would never be a hero if he or she judged others. Can you imagine Superman choosing not to save someone simply because he didn't like what they were wearing? We never know how a child was raised, and we never know what type of day someone has had. Teach your children not to automatically assume certain things about others. Teach them to treat others the same way they would want to be treated.

Superheroes are always humble. When they win a fight, they don't rub it in the criminal's face—they don't run up and down the streets, claiming their victory. They quietly disappear into the night, knowing that tomorrow will bring another battle. Being humble means to do the best job you can while also respecting those around you. Teach your children to always say "good job" to others and to even go as far as helping other kids achieve their goals all without expecting anything in return.

So the next time your child expresses a desire to be like a superhero, explain to them why he or she too can be a superhero-a real-life superhero.

Rachel McClellan, is an experienced author. She has written several books. Her most recent book is Confessions of a Cereal Mother.
nextarticle 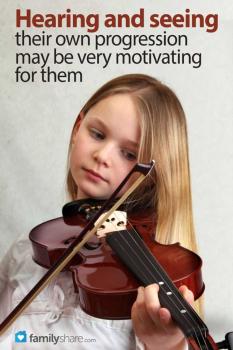 How to Get Your Child to Practice Music…