From dropping off money at a nativity scene to Secret Santa, secret donations are all the rage this year.

When people look at nativity scenes during the Christmas season, they often find the greatest gift God could give.

But for a children's charity in Texas, one look at a nearby nativity scene showed them another kind of gift.

The Children's Home in Amarillo, Texas found a check for $50,000 hidden in their Christmas display, ABC News reported.

"As you can imagine, we were just taken back," Darrin Murphy of the Children's Home told ABC News.

The donation will go towards helping the organization provide homes for "at-risk youth," ABC News reported.

The donor said he often sees these children interact with their new families, which inspired him to donate money to make sure more children find a new home, ABC News reported.

This isn't the first time this holiday season that surprise donations have occurred. A Secret Santa in Ohio has paid off more than $100,000 in layaway gifts, including such gifts as socks and televisions, ABC-7 reported.

"I just cried," customer Cathie Cromwell told ABC-7. "It's amazing someone would have this much compassion during the Christmas season to help us. To help people who maybe wouldn't have had Christmas."

And that Santa isn't the only one helping others. As Today.com reported, Secret Santas across the United States have paid off almost $500,000 in layaway gifts this year.

"We have people doing some incredible things throughout the year," Wal-Mart spokesman Wyatt Jefferies told Today, "but we've never seen this happen where we have so many six-figure amounts being paid off in different areas." 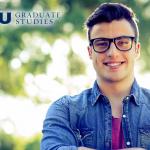 7 Ways to Be Happy Now Even When…