The Amazing Things Babies Can Do

Babies might seem like eating, sleeping, drooling machines, but there's a lot more going on behind those wide, staring eyes than you'd think. There's a reason they're known as "little scientists." Everything they see, smell, taste, touch and hear arouses their mental faculties and stimulates the creation of synapses. Their brains are far more active than ours, growing to half their adult size in just 12 months. But even before all that growing, babies' brains are capable of some sophisticated thought, so don't underestimate them.

Babies can tell when their mothers feel stress - even in the womb. Mike Samuels, M.D., author of The Well Baby Book,cited research linking the effects of stress on fetuses. It found that a fetus reacts to its mother's stress hormones with increased movement - movement which lasts several hours after just a short bout of stress.

Another study had pregnant women listen to music while fetal responses were monitored. Researchers found that babies were more active while the music was played, even though they couldn't hear the music. They were reacting to their mother's emotional responses.

This emotional perception continues to develop after birth. Babies quickly learn to connect certain voice tones with facial expressions and when the tones and expressions don't match, it confuses them, causing them to become agitated.

Babies are born with certain reflexes, some of which seem connected to the survival instinct. For instance, a baby demonstrates a rooting reflex by turning his head toward his mother's chest or things that touch his lips. Such a reflex helps babies learn to suck and breastfeed, thus giving them the nutrition they need to gain weight and be healthy.

The Palmar reflex is apparent with that adorably strong grasp babies are born with. They instinctively hold onto things placed in their palms, reminiscent of the reflexes infant primates use to hold on as their mothers swing through the treetops.

Then, there's the stepping reflex which is evident when you hold an infant over a flat surface and they take what appear to be steps or dancing motions with their legs and feet. This movement could be a precursor to walking.

Cheering for the good guys

A new study has emerged that is contrary to today's prevailing belief that people are born with a "moral blank slate."

A research team headed up by Paul Bloom, a professor of psychology at the Infant Cognition Center at Yale University, staged a puppet show for babies between 6 and 10 months of age. It starred three shapes: a red ball attempting to "climb" a hill, a "good" yellow triangle trying to help the red ball, and a "bad" blue square trying to push the red ball back down.

After being exposed to six repetitions of the show, the children were allowed to choose a character. A whopping 80 percent of the babies chose the "good" shape, which indicates that before they could have learned about good and bad or justice from their parents, they already have a rudimentary understanding of it.

Babies' memories come fairly well-formed into this world. The hippocampus, the memory center of the brain, is 40 percent developed at birth, which allows babies to recognize their mothers' voices, quickly followed by their fathers' (if the father is heavily involved in their lives).

Babies then start learning about schedules - which is why it's so important to set up consistent routines from an early age. They soon are able to learn what time of day they can expect to eat, and that a change into pajamas and reading a book mean it's bedtime.

Babies aren't just lumps of drool and adorable baby fat. They're tiny humans quickly learning how they fit into this world, and you, as their parents, are the most important thing to them. Remember that in addition to furnishing your baby with food, love, and shelter, provide opportunities for him to learn and grow. 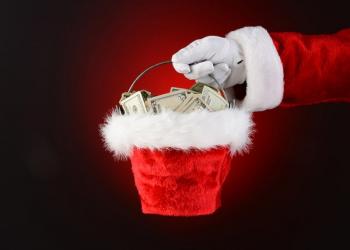 How to Be an Effective Giver