Motherhood is Joyous and Rewarding and Incredible, But It Also Has Its Un-Glamorous Side. You Know What I'm Talking About: Changing Diapers. and Lots of Them. You Won't Believe the Messes Your Baby is Capable of Producing. Here's What You Can Expect.

*This article is brought to you by EverydayFamily. Give your baby the best start with a year's worth of diapers!

When you dreamed of becoming a mother, you likely had visions of sweet sleepy babies, sedate stroller walks through the park, and adorable little clothes. While there will certainly be times when your visions are realized, you should know there is an unpleasant (and can I say extremely stinky?) side to parenting. There's no way to sugarcoat this: You are going to change some disgusting, smelly, tarry, goopy, mustardy and explosive diapers. Here are a few tips for surviving those early days.

Babies' diapers in the first year cycle through a whole rainbow of colors, textures, and degrees of smelliness. Sometimes you'll see things in that diaper you didn't realize could come from a human body. The following is an explanation of the evolution of baby bowel movements and some warning signs to look out for.

Meconium is the tarry, black poop your baby produces during the first day or two after birth. Parents may be surprised by it, considering all their baby has ever had to eat at that point is either formula or breast milk. This excretion, however, is what your baby was accumulating during the last nine months in utero. It's made up of skin cells, hair, amniotic fluid and other bodily secretions. It can be very hard to clean off a baby's delicate skin, so use petroleum jelly or mineral oil to help wipe it up.

After the meconium is gone, your baby's bowl movements will be made up of whatever method you choose to feed him: breast milk or formula. Breastfed babies will produce yellow, mustard-like poop with little odor. You'll often hear squirting sounds emanating from your baby's diaper when he's pooping, but be careful of rushing to change that diaper too soon. My mother-in-law was a big proponent of immediate diaper changes and she was the very first person my son ever pooped on (though she wasn't the last by a long shot). A word to the wise: during these first explosive months, first put a onesie on your baby and then don his cute clothes, otherwise you'll end up with a pile of adorable, yellow-stained shirts and pants.

Formula-fed babies tend not to have quite as explosive of bowel movements because its consistency is more like peanut butter. It can have a strong, iron-like odor and will vary in color from yellow to brown.

When you introduce solids to your baby (which doctors recommend you wait to do until 6 months to give her digestive system a chance to develop), their poop will immediately change in color, odor, and consistency. Expect anything from dark brown to orange diapers, and textures varying from peanut butter to pudding. If my descriptions sound disgusting, trust me, they're nothing compared to the real thing. Your baby's stools will change depending on what you feed her. Fruit will cause looser stools, so don't overload on them at the beginning. Introducing foods one at a time with a few days of lag time will allow her to get used to them and help you identify which ones she may be allergic to.

Constipation is a common problem in babies, and you'll identify it by the red-faced straining your baby employs to try to expel the rock-like stools. They will be infrequent, dry, and very hard. Formula-fed babies might benefit from a different type of formula to help loosen things up, or, with a doctor's approval, you could try feeding him high-fiber foods such as pears, prunes, plums, and peaches. (Is there something about fruits that start with P?)

Expect the unexpected when it comes to your baby's bowel movements. As newborns they might pass 8 to 10 in a single day or none at all. According to WebMD, infants can go as long as a week without passing stool and still be perfectly healthy as long as they're eating and gaining weight.

However, there are a few things to look out for. Poop filled with mucus, water, or blood can be a sign of allergy or other serious underlying problem, so talk to your doctor right away if you see these signs. Save the diaper if possible so you can show the doctor what you're worried about.

*** Give your baby the a fantastic start with a year's worth of diapers from EverydayFamily! 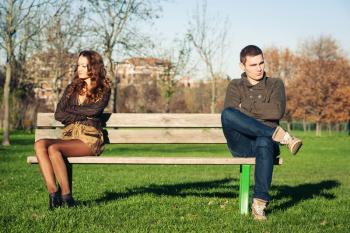 3 Tips on Maintaining the Peace With Your…