The best and worst Christmas music for your playlist

Put in the Ear Buds and Crank Up the Christmas Tunes -- But Leave Some of These Holiday Offerings Out of Your Rotation.

Stars are shining, sleigh bells ringing, carolers singing — it's officially Christmas music time! (Just ignore that you have been hearing it since Labor Day.)

Though we have been bombarded of late with "pro-holiday/non-offensive" seasonal tunes — a description used for PC Christmas songs that don't mention the season's reason — there are plenty of festive favorites for all.

And now the good stuff (and there's a lot of good stuff!)

My find this year is an a cappella group, Pentatonix. They were the hit of last year's season. It seems that good taste and popularity have merged. Dont miss their version of "O, Holy Night."

Elvis? Elvis! And I am not talking about having a Blue Christmas. His version of "Here comes Santa Claus" is endearing and surprisingly un-mannered.

Last year I discovered Louis Armstrong and "Zat you, Santa Claus?" It's a Christmas song that makes me smile and doesn't make me feel guilty for not having more money to spend.

The best of the best? Josh Groban has a few, and James Taylor has a bunch. Try Christmas songs by Frank Sinatra, the Carpenters, Doris Day, Natalie and Nat King Cole, Bing Crosby, Amy Grant, Manhattan Transfer, Harry Connick Jr., The Vince Guaraldi Trio, Mel Tormé, Ray Conniff, Gene Autry — and remember those Muppets and the soundtrack to A Muppet's Christmas Carol. And while you are at it, download their DVD for a holiday treat. Rizzo the Rat tells a great tale. (And here's looking forward to the Muppets and Mormon Tabernacle Choir Christmas album.)

Christmas music that makes you feel that life is worth living is never wrong — even if it is sung by Mariah Carey. Don't let anyone tell you differently. Have a merry Christmas ... darling. 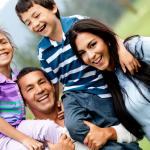 7 Things to Consider Before Saving For Your…