The best gift you can give an awkward child

Making Friends Isn't About Trying to Be Like Everyone Else so You Can Fit In; It's About Having the Courage to Be Yourself so You Can Find Others Like You.

The sun was unseasonably warm and the back-lit crimson leaves were begging to be admired in the late, golden afternoon sun. I decided to put my to-do list on pause for a few minutes and turned the car into the high school parking lot so my four year old and I could play at the park nearby.

As soon as the car stopped, my son cheered and made a beeline for the swings. He stopped short when he noticed they were already being used by three awkward-looking teenage boys.

I paused momentarily to observe how my son would handle the situation. He cocked his head to the side for a minute and looked at each of the boys. Then he smiled and introduced himself. All three adolescents nodded and politely acknowledged him. My son asked them if he could have a turn on the swings; and, to my surprise, two of the boys jumped off immediately. One even came running back to make sure his empty swing wouldn't bounce back and hurt my son before I got there.

I thanked them and helped my son onto the swing, then watched as the three teens ran off and started a game of tag. I smiled. They were a gawky looking bunch with pants a little too short for their skinny legs, hair disheveled and overgrown, and clothes that didn't quite match.

I try not to make assumptions about people, but I could easily picture these boys brooding in a basement somewhere glued to a video game console. I'm sure they probably weren't picked first for any elementary school kickball teams, and they probably wouldn't find themselves in the lineup for Prom King either. Their skin was speckled with blemishes, and their teeth still covered in metal, but instead of brooding in a basement, they were running around a park giggling like little kids.

I found myself hoping my son would remember them. They were kind, thoughtful, and respectful role models, without even knowing it.

There's a popular meme circulating online that says something to the effect of, "If you are one in a million and there are 7 billion people in this world that means there are 7,000 people waiting to be your friend." I believe that. My least "popular" son gets more calls, texts, and invitations to hang out than my other three sons combined - because the few friends he does have are deeply connected and devoted to each other. They're all unusual, but in similar ways.

Making friends isn't about trying to be like everyone else so you can fit in, it's about having the courage to be yourself so you can find others like you. Admitting that you still like to swing and play tag at the park when you're half way through high school might not make you popular in the traditional sense of the word, but it can help you find the kind of deep and lasting connections that will sustain you through dark days and lead to increased emotional health and happiness.

Being a good mom isn't about helping our children fit in, as much as we want them to; it's about nurturing and loving our children for who they are so they can grow up feeling content with themselves and brave enough to find others like them. This is, perhaps, the best gift we can give them. 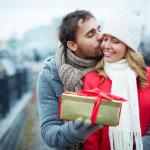 5 Gift Ideas That Will Build Your Marriage