Arizona Gov. Doug Ducey Announced Monday the State's Intention to Out Deadbeat Dads in 140 Characters or Less. Here's What's Behind It.

Arizona parents owing thousands of dollars in overdue child support are about to be shamed by the state - in 140 characters or less.

Gov. Doug Ducey announced during Monday's State of the State message that the Arizona Department of Economic Security's Twitter account is set to start tweeting the names, photos and amount owed of "deadbeat dads."

Tucson News Now detailed Ducey's address, in which he said public shaming might be the best method.

"Some people have referred to me as the 'Hashtag Governor.' Well here's a new one for all the deadbeat dads out there: Effective immediately, the state is going to begin posting the photos, names and money owed by these losers to social media, with the hashtag 'deadbeat,'" TNN quoted Ducey as saying.

Ducey also gave a straightforward solution to those wishing to avoid the outing by social media.

It turns out the governor's statement wasn't just tough talk, either.

The Week reported the first "#deadbeat" tweet called out a man who allegedly owes $170,993.

The measure is aimed at 421 Arizona parents "who owe what the state considers to be a significant amount in overdue child support," The Verge noted.

So is shaming deadbeat dads through social media an effective measure or crossing the line?

Taysa Peterson, DES spokeswoman, told CNN the issue is about "awareness and accountability." However, the news organization indicated posting information on the Internet is permanent, raising concerns about the "dark side" of such methods of holding people accountable.

CNN cited a 2014 article by Lee Rowland, a senior staff attorney with the American Civil Liberties Union, about the danger of "widespread digital availability" of mugshots.

In it, Rowland wrote when entities make records public, they can't "rebottle that genie."

"There are all kinds of potential legal concerns surrounding public shaming, and I don't know that there's any evidence that it works," KTLA 5 quoted House Minority Leader Eric Meyer as saying. "These are parents who, for whatever reason, may not have jobs, and there are lots of Arizonans who may not have jobs, so if you don't have money to pay the bills, yeah, you're a 'deadbeat dad,' but [the families] are not going to get any money anyway."

"For too long, you've been able to remain anonymous - able to skirt your financial and legal responsibilities with no shame," Ducey said. "Not anymore." 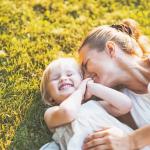 6 Ways to Freeze Time With Your Children