The day my son gave up on me

Being a Mom is Hard, Especially When Your Son Loses Faith in You.

Ever since our two sons began sharing a room, their bedtime routine has been the same. Baths, PJs, teeth, stories, cuddles. And every night as I leave their room, Eli always says, "Remember to come up, cuddle, and bring water!"

I head down the stairs with a quick, "Okay!" knowing full well that the likelihood of following through on that promise is next to nothing. The days are long, and by bedtime I'm ready for some downtime. Even then, I still need to finish cleaning the kitchen, pick up stray toys in the living room, and pack a lunch for my kindergartener before I can even consider sitting down.

Occasionally, after several minutes of quiet, the hollering will begin. Although it's low at first, it quickly gains volume and frequency. "Mommy. Mooommmyyyy. MOOOOMMMMMMYYYY!!!"

So I stand at the bottom of the stairs and yell back in annoyance, "What??"

"Can you bring up water?"

I finish my current task, fill a couple of water bottles, and begrudgingly climb the stairs, annoyed that my 'me time' has been cut into. Quickly handing out the waters, I give one last round of kisses, and skedaddle on out of there as fast as possible, telling myself that my children need sleep. I'm just looking out for their best interests.

For over two years, some form of this scenario has played out nearly every night, which makes it all the more surprising that I didn't notice when it recently changed.

I was cuddling with Samuel and listening with one ear as he told me his latest superhero tale while with the other I caught snippets of the conversation between Eli and my husband. 'Mommy' and 'grump' were the two words that stood out. I jokingly reached across the beds to tickle or pinch whatever flesh my hand could reach while crying, "Hey, who are you calling a grump??"

Not long after, I plopped myself in the living room chair beside my husband. As I settled in, he said, "Did you hear what Eli said? 'Mommy was always grumpy when I'd call her to come back up to cuddle, so I stopped asking.'"

Immediately, I felt the old familiar weight of guilt drape itself over my shoulders like an unwelcome blanket on a hot day. I stood, dashed up the stairs, and rounded the corner into the boys' bedroom. Eli had just dozed off. As I lay down on the bed, he stirred and I took the opportunity to whisper in his ear, "I love to cuddle you."

He mumbled something back and drifted off again, arm around my neck, face pressed in close to mine, just the way he likes it. All was forgiven; the situation rectified.

But as I lay beside him, the true weight of his words hit me.

I never gave much thought to the way he perceived our nighttime ritual, always assuming my words and actions were inconsequential. Unbeknownst to me, however, my hurry to be somewhere else did not escape him, nor did my attitude. At some point he decided that it wasn't even worth the trouble anymore.

Which makes me wonder what else he might eventually stop asking.

"Will you play with me?"

"Mom, listen to this joke!"

"Guess what happened at school today."

"Will you watch me shoot hoops?"

"What do you think of this girl?"

"Can I talk to you about something important?"

"In a minute." That turns into three, four, ten, twenty minutes.

"I don't have time right now," mumbled in frustrated distraction.

"We'll do it later." And the pile of broken promises builds and builds.

My excuses may be valid and sometimes even necessary. Children need to learn patience and that sometimes something other than them must take priority. But it is my words coupled with my attitude, week after week, month after month, year after year: At some point maybe he'll stop asking again, and it might be about something a lot more important than a glass of water and an extra hug.

So lately I've been giving longer cuddles at night and I've been making sure that when I say 'Just a minute,' it really is just one minute.

My son gave up on me, but I realized it early enough to make it right. I shudder to think how life might turn out if I had learned that lesson too late.

Editor's note: This article was originally published on Oh, Honestly! It has been republished here with permission.

Lauren is a writer, wife, and mom of three who loves to help other women realize that even people with the most "Pinterest-perfect" lives don't have it all together and our best connections are formed when we get real with each other. You can find her on her blog, Oh, Honestly and on Facebook.
nextarticle 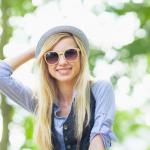 How to Be Single and Love It