When is Too Late Too Late? a New Virus Has Started to Creep Up in America, and It May Be Too Late to Stop It.

The Zika virus has started to spread across the world after slowly creeping up South America and through the Caribbean islands.

And while this virus may be the latest in a number of issues that medical professionals warn parents about, the Zika virus has proven to cause major issues for pregnant women and their soon-to-be born children - a sign that parents should pay attention to this virus.

The virus - which affects one in five people and rarely causes deaths - has been on the rise throughout the world recently, causing concern since it can affect children in the womb. Affected fetuses could develop microcephaly, a medical issue that causes a newborn to be born with a below-average head size, BBC reported. This issue specifically affects 25,000 children every year and can cause death among babies as their brain goes underdeveloped and can't "regulate the functions vital to life," BBC reported.

The Zika virus has been especially dominant in Brazil, where panicked mothers rush to drug stores seeking medication, hoping their newborn won't fall victim to the virus' deadly ways. Again, they're left empty-handed.

"In the beginning I thought it was a new virus or a new illness, but I never expected it would affect so many and that it would become such a tragedy with so many children affected," Vanessa van der Linden, a neurologist in Brazil, told The International Business Times.

And there may not be any signs of it slowing down. The World Health Organization predicted that the virus will infect up to 4 million people across the Americas, and could have "explosive pandemic potential."

It's already started to hit the continental United States, which has raised concerns for American parents. There have been documented cases in Arkansas, Virginia and California already, and that may only increase in the next few weeks. It's been especially frustrating for parents since we've seen major world diseases like these before creep up, like Ebola, which lead to a litany of worldwide deaths in 2014.

The Zika virus was first identified in Uganda in 1947 with the first human case coming in Nigeria in 1954, BBC reported. It has since spread through all areas of the world mostly through Aedes mosquitoes, which are mostly found in the Americas - except in the colder countries like Canada and Chile. These mosquitoes can only inject the virus into others if they first drink blood from someone who has the virus in his or her system.

First symptoms include a mild fever, headache, joint pain or a rash. Among pregnant mothers, the disease can transfer to the baby. If a mosquito then bites that mother, it can pass off the disease to another person, and the cycle begins again, BBC reported.

These parents may need to send their newborns to brain stimulus therapy to improve their baby's chances of survival, IB Times reported.

Other than that, there are few things parents can do to avoid the virus' deathly touch. This is why there's been panic among parents whose newborns have been born with microcephaly. They've called for answers about the disease's spread and for a vaccine, IB Times reported, but so far it hasn't garnered any results. There are many stories out there of parents having to hear the heartbreaking news that the disease has affected their child, who may or may not live from a malformed brain.

The lack of a solution may be tied to the world's focus on global health issues.

Dr. Marilyn Parsons, a professor of neglected infectious disease and director of training and professional development at the Center for Infectious Disease Research, wrote for Time magazine this week that the world has seen other insect diseases spread like this before, and yet we largely remain unprepared for Zika, Parsons wrote. She suggests that the world start paying attention to global public health issues so that countries can be prepared to handle these less common diseases.

"Within the U.S. and other developed countries, we are prepared to quickly address new strains of influenza, such as bird flu or H1N1, because we feel the effects firsthand and know the virus can spread quickly," she wrote. "Yet we don't follow these same practices with emerging infectious diseases."

Still, waiting on policy changes by medical officials can take many years and doesn't necessarily help parents now. But Parsons suggests that researchers start trying to figure out the Zika virus as quickly as possible so that it doesn't become widespread. "Waiting until they are on our doorstep is reckless and shortsighted," she said.

And, in the meantime, there are certain precautions parents can take to make sure they and their children aren't infected.

"In the meantime, insect repellant, removing places where insects can breed (usually small pools of water), and altogether avoiding travel to particular regions of the world are the best means of protection we currently have," she wrote. "These are far from satisfying, or precise, fixes."

For more on Zika 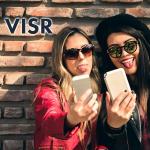