The extreme cost of kosher

A New Report Says That It Can Cost People About $19,000 a Year to Eat Kosher Products Every Day, an Issue That's Been Hurting American Jews For a While.

It costs a little bit extra to live a kosher lifestyle and eat foods that abide by the Jewish dietary law.

In fact, it can cost thousands of dollars.

A new study out of the United Kingdom has found that it can cost British Jews about £13,000 a year (about $19,000) to live a kosher lifestyle. This is based on costs of kosher food bought in Jewish delis and from Jewish butchers at supermarkets, The Standard reported.

For example, a piece of kosher meat - something from either cattle or other animals that have cloven hooves, like bulls, cow and goats, as Jewish law explains - was almost double the cost of non-kosher meat at these stores - adding an extra £500 (about $725) to kosher food eaters' budgets, the study said.

This only increases when families eat out at restaurants. It can cost an extra £1,500 a year (about $2,177) for families eating kosher meals at restaurants, since those meals cost, in some areas at least, 70 percent more.

These rising costs aren't just limited to British Jews, though. It has costed the nation of Israel hundreds of millions of dollars to keep the country kosher. Preparing kosher meats and hiring supervisors to manage kosher foods at supermarkets have cost the nation close to $770 million every year, Newsweek reported.

"This monopoly requires thousands of jobs and its practices raise the cost of living in Israel as any exclusive provider in the production process would," Newsweek reported.

This isn't surprising since it takes some extra management and preparation to make and sell kosher foods, Yael Miller wrote for Haaretz. And it hasn't helped that kosher food prices have been on the rise across the world (by almost 4 percent from 2010 to 2011), with some Jews not being able to afford all the necessary foods for some Jewish holiday celebrations, like the Sukkot, a major feast during Yom Kippur.

This is especially the case in the United States, where small aisles of kosher foods have big prices. Buying food can be extremely hard for American Jews, then, since options of where to buy are generally limited, Miller wrote.

"Controversies about kosher facilities, coupled with an overall economic downturn, have made keeping Jewish dietary laws a growing challenge, and action must be taken to enable Jews to keep kosher without breaking the bank," Miller wrote.

Some organizations have tried to help Jews afford these kosher prices. Hazon, a nonprofit organization, has worked to help sustain healthy eating for Jewish communities, even starting a program called Hazon CSA, a Jewish-community agriculture program that looks to produce healthy and affordable kosher foods for North American Jews.

Another company, Affordable Kosher, allows people to shop for cheap kosher foods online and have them delivered to their home for free. People can order food items such as baked goods, some meat or even foods for specific Jewish holidays, like Passover and Hanukkah.

AviGlatt is a similar organization, allowing people to order their kosher food online and have it shipped to their home.

There are also some simple ways American Jews can save money while buying kosher foods, as explained by Kosher on a Budget, like by cutting back on their weekly meat supply, or, if they do want to eat meat, to look for it when it's discounted.

And, knowing that there isn't much people can do to save money on kosher foods for the moment, American Jews should look to create a margin in their budget for that sort of food. 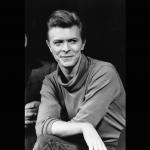 David Bowie Finishes Career With a Ballad About…