The Forgotten Words of Jacob Marley

I'd Heard the Story Many Times Before, But One Christmas the Beloved Tale Spoke to My Heart What Really is My Business.

Editor's note: This article was originally published on Seth Adam Smith's blog SethAdamSmith.com. It has been reposted here with permission.

One of my all-time favorite books is "A Christmas Carol," by Charles Dickens. I didn't always like it. In fact, when I was much younger, I pretty much hated it. I felt like it was over-commercialized and overused during Christmas.

A few years ago, while listening to an audio rendition of the book, I heard something that I felt like I had never heard before. The passage comes from that pivotal moment when Ebenezer Scrooge meets the ghost of his former business partner, Jacob Marley. Marley, now a chained and tormented soul, is lamenting the opportunities he lost to serve mankind. This is what happens next:

"But you were always a good man of business, Jacob," faltered Scrooge, who now began to apply this to himself.

cried the Ghost, wringing its hands again."Mankind was my business. The common welfare was my business; charity, mercy, forbearance, and benevolence, were, all, my business. The dealings of my trade were but a drop of water in the comprehensive ocean of my business!"Why did I walk through crowds of fellow-beings with my eyes turned down, and never raise them to that blessed Star which led the Wise Men to a poor abode! Were there no poor homes to which its light would have conducted me!"

Throughout my life, I have seen countless film and stage adaptations of this very scene. But that was the first time I had ever truly felt Jacob Marley's words. As someone who is deeply introverted, that passage seemed to completely revolutionize my outlook on the world and my place in it. It made me see just how much I had been like Jacob Marley; that I, too, had walked "through crowds of fellow-beings with my eyes turned down." I realized that the weight of my selfishness was one of my own making. I was suddenly filled with a desire to move outside of myself, and make mankind my business.

To help me remember what I had felt, I searched online for an image of Jacob Marley that matched his message - an image of the sadness and regret in his eyes, an image of him inviting me to consider my ways and consider my business. I wanted to print this image out and hang it up in a place where I would see Marley often and remember the words that he had said.

But after hours of searching online, most of the images I found were either laughable or grotesque. There was no real image that matched Marley's message of repentance.

My inability to find an inviting image of a humbled Marley led me to this realization:

I had never truly heard Marley's message because it had always been drowned out by excessive, showy theatrics; lights, fog machines, heavy chains and loud noises. Because of an overemphasis on the ghostly and ghastly, Marley's message had been lost to me.

Not long ago, I shared these thoughts with Angela Johnson, an accomplished sculptor and a dear friend. I told her how I wished there could be an image of Jacob Marley that invited viewers to make mankind their business.

Imagine my surprise when, after opening the email, I saw - for the first time - the REAL Jacob Marley.

Angela had created a Jacob Marley door knocker, with the linens around his head serving as the knocker.

Overcome by emotion, I called Angela. I think I even managed to get out a few words before the tears started to roll down my cheeks. I couldn't help but think of how beautifully symbolic the whole thing was. Here I wanted a sculpture of Jacob Marley to remind me that people are to be my business, and my friend literally made it her business to create that sculpture.

Within two weeks Angela had the sculpture cast in bronze and the real Jacob Marley was immortalized.

Seth Adam Smith is an avid reader, writer and a man on a "literal" odyssey to publish his books.
nextarticle 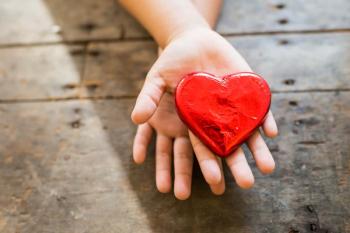