The Importance of Talking to Our Babies

Talking to Our Babies is Part of the Essential Education That Every Human Being Should Have in Order to Feel Loved and Protected. This Also Contributes to Avoid Having a Distressed Baby When He/she Does Not Understand Certain Type of Situations.

A few days ago, I watched the movie Castaway on TV. I recall seeing it on a trip to Spain about 10 years ago. I had a few days left, and the truth is that this was not an ideal movie to watch before boarding a plane.

Nevertheless, if we really think about it, this movie has a beautiful message and a few aspects to reflect on. I will particularly make mention of the scene where Tom Hanks draws a face on a volleyball which he calls Wilson and then starts talking to it. By so doing, he finds a way to deal with this difficult situation of being lonely in a deserted island. This helps him relieve his emotions in order to avoid losing his mind. The ball is so important to him that it becomes his friend. In the end, when the main character goes out to sea to save himself, the ball falls into the water. Then he does everything to rescue it, even taking the risk of drowning or losing his raft.

Later, I reflected on the importance of talking and communicating. The ability to communicate is what makes us different from animals. On one hand, we can hurt people by using our words. On the other hand, we can give love and comfort. Now, if communication is so important for adults, imagine how important it is for babies. This is why it is so important to talk to them and make eye contact when we speak to them. In order to understand this matter, I would like to share an experience about a mother who did not talk to her baby at all. By ignorance, she said: "I do not talk to my baby because he doesn't know how to speak." That child ended up being autistic. On the other hand, there are experiments that have been conducted with babies that have been provided with food and shelter but nobody has talked to them. As a result, these children weren't able to make meaningful connections with other individuals.

In the book, "Frankenstein Educador," the French educator Philippe Meirieu explains that in order for babies to be nurtured, adults must introduce the world to them by using expressions such as, "This is your uncle," "This is daddy," or "This is a tree." Babies need a mother (or any person who fulfills this role) who will speak to them. This is how family bonds are established. Language helps us think and build our reality.

In this manner, talking to babies becomes part of the essential education that every human being should have in order to feel loved and protected.

The following are a few examples of different situations in which talking to babies is important:

1. If we are alone with the baby, we should say, "Mommy will be back, she is going to the restroom." If we are leaving the baby with a caregiver, we should explain, "Mommy is going out, but she will be back." In her book, "

" psychoanalyst Francoise Dolto shares the story of a baby who had surgery. After that, he lived with his grandparents for a while. His parents had not explained anything that would happen to the baby. As a result, the child started hitting his head against the safety bars in his bed. Doctor Dolto explained that this was due to the child's need for a motherly hug. The baby missed his mom and called for attention by touching the safety bars. This could have been easily prevented had his parents set aside time to tell him what would happen.

2. Unfortunately, if our children see us going through tense situations or nervous breakdowns, the psychoanalyst suggests that we say, "Mommy was very nervous, but everything is OK now."

3. We must teach them the language. It is very important that we talk to babies from the first day in order to instill the language in them. In addition, it is essential to call them by name. By so doing, we motivate the babies so that they will try saying their first words later on.

4. When babies start producing the first sounds, we should imitate them as if we were conversing. In this manner, they feel included.

5. When babies cry, we must calm them down. It is also important to hug them and tell them words that help them feel calm.

A mother's word, voice and look create such a special combination. Thanks to mothers, babies start differentiating them, and they start conquering their place one step at a time as they gain independence. In addition, they develop a unique identity. Talking to babies is similar to giving them an affectionate gesture. It is the same as saying to them, "I acknowledge you as someone important." In summary, if we want to be better parents, it is necessary for us to be conscious of how important it is to talk to our children, regardless of their age.

Maia Fernandez lives in central Argentina. She considers children’s education and art in its various forms as an irreplaceable component.
nextarticle 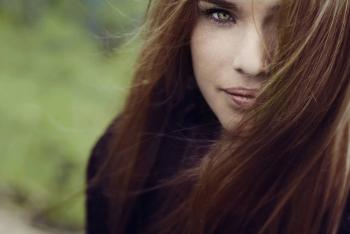 9 Lifestyle Changes For Living With Fibromyalgia