The latest teen trend: drinking Mountain Dew and racing fuel to get drunk

Some Americans Teens Have Decided to Drink a Combination of Mountain Dew and Gasoline, Killing Them. Here's What Parents Can Do to Make Sure Their Teen Doesn't Do This.

Over the last week, some teens have decided to ingest a lethal drink that combines Mountain Dew and gasoline, serving as a reminder for parents to talk with their children about alcohol use.

Earlier this week, a teenager named Logan from outside Nashville, Tennessee, died after drinking the racing fuel and Mountain Dew drink, FOX-17 reported. Though his exact cause of death is still unknown, the teen was rushed to the hospital after ingesting this combination.

"They noticed the color of his skin had changed and he started having a seizure. His hands started drawing up," Greenbrier Police Chief KD Smith told WZTV.

He wasn't alone, either. He had been drinking the Mountain Dew and gasoline mixture with his friends when Logan became unresponsive. That friend was also rushed to the hospital, where he died Monday after falling into a coma, The Huffington Post reported.

The trend hasn't stopped either, as two more teen boys were spotted sipping the drink. That's why Smith advises parents to talk with their children about the dangerous mixture to help prevent any more deaths.

"Ask your children," Smith said. "Get them to be open and honest with you. Nobody is going to be in any trouble."

Smith also said that any reason to drink this nasty mixture isn't worth it in the slightest.

"If you're doing it just to get the high or to get the drunkenness part of it, it's just not worth it," Smith said, HuffPost reported.

But these drinks just don't get children drunk or high - they kill, mostly because it's almost completely made of methanol, Dr. Donna Seger, director of the Tennessee Poison Center, told WKRN-TV. Methanol is a poisonous and lethal form of alcohol that is mostly found in car products, like de-icing fluids, antifreeze and windshield wiper fluid, as well as copy machines and paint thinner, according to the U.S. National Library of Medicine.

Seger said teens drink this lethal combination to obtain a buzz or high with little knowledge about its dangerous effects.

"I think it's very sad because I am sure that they had no idea how toxic what they were ingesting was," Seger told WKRN. "It also impacts the vision, and permanent blindness can occur. One can feel inebriated like one does after drinking alcohol. It can also make you sleepy or even go all the way to coma where you are unconscious with high levels of seizures."

There have been other cases in recent months of children and teens using everyday items to get drunk and found similar results. Just last September, I wrote about how some teens have been swallowing hand sanitizer to get drunk.

Many youngsters were pressured into it by friends, with few finding anything wrong with the challenge since hand sanitizer is a household item that they constantly use, as I reported. But in many cases, those children got alcohol poisoning.

"A kid is not thinking this is bad for them," Dr. Gaylord Lopez, the Georgia Poison Center's director, told CNN. "A lot of the more attractive (hand sanitizers) are the ones that are scented. There are strawberry, grape, orange-flavored hand sanitizers that are very appealing to kids."

Both the hand sanitizer scenario and the Mountain Dew and gasoline controversy offer parents an opportunity to speak with their children about the dangers of alcohol.

The availability of alcohol is a major concern for parents, with 27 percent saying the widespread availability is one of the biggest issues of modern life, according to the American Family Survey. Alcohol availability was ranked by parents as a more important issue than the decline in church attendance, threats to personal safety and sexual permissiveness, the survey said.

KidsHealth, a parenting advice website from Nemours, suggests parents should constantly talk with their teen about the dangers of alcohol and why they don't have to give into peer pressure, which, in many cases, drives children to drink.

"It can be tempting to try alcohol. It's normal to be curious about new things, especially if it seems like everyone is doing it," KidsHealth reported. "But everyone is not drinking alcohol. Don't believe it if someone says you're immature for not drinking. You're actually more mature (which means grown up) because you're being strong and smart."

Parents also should make sure that teens trust their mother and father enough to talk to them about potential pressures to drink alcohol, which could eliminate the issue before it becomes too big a problem, KidsHealth explained.

"And if you're concerned about a friend who's drinking, you should tell one of your parents, a school counselor, or another trusted adult," KidsHealth explained. "That way, someone can talk with your friend before the alcohol causes a big problem. Unfortunately, some kids who drink may also drop out of school, get in car accidents, start fights, or join in crimes. But with help, anyone who has a problem with alcohol can be successful at stopping." 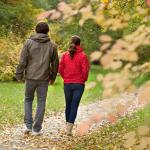