Before You Attempt a Mid-Flight Leap Out the Plane Emergency Exit Door, Take a Deep Breath and Realize You're Not Alone. Parents Across the Globe Have Been in Your Economy Seat Holding Screaming Children.

The pilot hasn't turned off the seatbelt sign in over an hour - unexpected flight turbulence. Your toddler's been toilet trained for a year but her little bladder is about to burst - all over the seat beside you. To make matters worse, the air pressure seems to have stimulated baby's bowels. He's blown through the extra diapers you brought and an unexpected poop explosion has begun to leak through his sleepers and onto your lap.

Before you attempt a mid-flight leap out the plane emergency exit door, take a deep breath and realize you're not alone. Parents flying across the globe have been in your economy seat.

Be prepared. Even when the flight is short, bring more diapers and wipes than you think you could possibly need and several changes of clothes. It's often those short flights when you discover just how much your baby's bowels can hold. Also, bring an extra emergency change of clothes for yourself. When you least expect it, that diaper can and will leak poop all over your new wool pants.

Yes, your toddler is experienced at using the toilet. However, there will be unexpected turbulence and that seatbelt sign will go on and stay on for longer than your toddler's bladder can take. If you think you can sneak her to the washroom before she wets the seat, think again. Flight attendants don't take kindly to persons in the isle during turbulence.

Put a pull-up or diaper on your potty-trained toddlers. Even on short flights, if there's turbulence, your toddler will not be allowed to access a toilet. A wet seat (for the remainder of the flight) is no fun. For those proud toddlers with attitude (the ones who refuse to where a pull-up under all circumstances) use a sanitary pad inside their underpants.

My daughter developed a fear of flying after she was refused access to the toilet during a turbulent flight. No amount of reassurance could convince her to wear a pull-up, yet she was terrified she'd not be allowed to use the toilet and would wet her pants.

I solved the problem by using a sanitary pad inside her underpants. It was more of a psychological comfort to her - to know that in an emergency, the sanitary pad would keep her from wetting her seat. I told her the pad was designed to help prevent adults from wetting their pants if they had an emergency and she was okay with that.

The hairy beast beside you

If you're seated beside someone that absolutely terrifies your baby or toddler (for no good reason other than physical appearance) don't be afraid to ask the flight attendant to move you. It's no secret that young children are often frightened by adults whose looks they are unaccustomed to. A large man with a bushy beard and sunglasses is sometimes all it takes to frighten a child and make them refuse to sit in their plane seat.

My daughter (under age two and still allowed to sit on my lap for a flight) was so terrified by the large man beside me that she absolutely refused to sit on my lap. She became hysterical anytime I attempted to hold her in take off position (as her leg would touch the man). The flight attendant allowed us to switch seats. My daughter was fine once she was seated next to a woman.

Little ears don't fly well. Landing is the worst. I've had a toddler scream in inconsolable hysterics for the entire hour-long descent. It turned out her eardrum had ruptured.

You can't control air pressure, but you can do your best to prevent inconsolable pain. My best-tested tip involves using both decongestant and pain control on all flights with a toddler with even a trace of the sniffles (no matter how long or how short the flight). If the flight is long, make sure to supply a dose of decongestant and pain control (I like ibuprofen as it helps with inflamed ear channels too) about a half an hour before take off and landing.

With lolly-pops, bottoms and ears attended to, you can breath a sigh of relief. Take a moment to glance over at the single adult snoozing peacefully in the seat across the isle. Okay, back to reality ... that is not ever going to be you this flight. Remember, if all else fails, accept the kindness of strangers. I've had strangers on fights offer extra diapers, a change of clothing, a jar of baby food and even to hold my baby while I took my toddler to the toilet.

Melissa Mix Hart has a BEd degree and a MA degree from the University of British Columbia. She is a mother of three daughters.
nextarticle 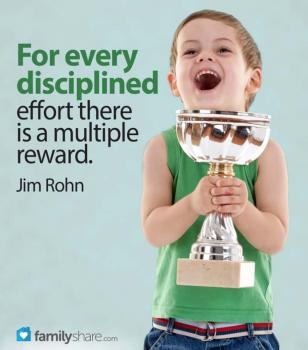