The One Thing That Made Parenting a Toddler Easier

Nothing Can Prepare You For the Challenge of Rearing a Strong-Willed Toddler, But Keeping One Thing in Mind May Help.

Before you have kids, you may hear the term "terrible two's" and think you have a decent idea of what that means. But no one really prepares you for what lies ahead several months after that baby makes his or her debut.

I knew going into this motherhood thing that the child I was bearing would, most likely, come out with a brain and colorful personality of his own. This would invariably test my patience at times, but most of my "motherhooding" would be spent in wonder and amazement at the little human we created and his general intellectual superiority to other human babies.

Cue the reality check around 16 months

Slapping my face WHILE glaring at me? Check.

Climbing all over me like a rabid ferret during church? Check.

Growling at me when I try to get him out of bed in the morning? (Or sometimes just when I make eye contact?) Check.

Going full-on Chuck Norris with a roundhouse kick to my face every time I change his diaper? Check.

Purposefully banging his forehead on the floor and flying backward with an impressive arc that Olympic divers would envy anytime something close to the word "no" gets mentioned? Double check.

Wow, what a firecracker my boy is. And I can safely assume his habits exceed that of the average toddler because during these "episodes," I have witnessed mothers with six or more children physically flinch and inch away from us.

I'll admit, my attitude about all of this was less than stellar when it started. In fact, on Mother's Day while we were at church, he was being particularly naughty, so I had to take him out into the hall. Frustrated that this holiday was being sabotaged by my child, we walked past a picture of Jesus and I whispered to my then 16-month-old son, "This is Jesus. He's mad at you because you're being mean."

Then one day, heaven parted some clouds in the form of a Facebook post (of all things). While draining my brain on social media, I came across an article someone shared called, "10 ways kids appear to be acting naughty but actually aren't."

I scoffed at the title, thinking that surely whoever wrote this never had a two-year-old. But I clicked on the link.

And that's when the shift in my parenting began

As I read about the behaviors "naughty" children exhibited and recognized these traits in my son, I also came to realize that the problem wasn't him - it was me.

I'd always thought that being a good parent meant not letting bad behavior go uncorrected. But somewhere down the line, I'd forgotten one simple truth: my little boy is new to this "human" thing. And while I've had over 28 years of experience in the field, I was expecting my 19-month-old to have the same cognitive capabilities I had. And let's face it - even I have my moments.

So I stopped yelling. I stopped trying to reason with or punish him when he got upset. And I definitely stopped telling him that Jesus was mad at him.

Instead, I started trying to put myself into his tiny size six shoes. Why was he feeling/acting this way? I started sympathizing with him and telling him that I was sorry. Life's hard enough as an adult, but as a new little human, it must be downright frustrating when you can't understand why you have to hold still, not eat candy for breakfast every day or go to bed before everyone else.

Did I stop trying to discipline my child when he was acting out? No. I just try to use better tactics.

For instance, instead of screaming, "NO! STOP KNOCKING YOUR MILK OVER ON PURPOSE!" I give him the, "I'm-not-mad-just-disappointed" mom look and say something like, "Too bad you spilled your milk, buddy. You'll probably fail in life if you don't learn to correct this." Except maybe strike that last part.

This parenting thing is a fabulous head fake. We think we're refining these little ones when they're really testing us to see if we truly practice what we preach. And loving and disciplining them in appropriate, consistent and effective ways is an art that requires constant practice on our part. Thankfully, my little boy is an expert teacher.

I'm happy to report that after a month of employing these tactics, the number of tantrums has significantly decreased - not so much on my son's part, but on mine. I now have a better handle on my emotions. I can vocalize my feelings calmly. I've learned that coercion and attempting to control someone else's actions only brings out the worst in both of us. So before I lose my cool when my kid starts screaming, I take a deep breath, remind myself how little he is, and attempt to distract him by imitating a jumping duck. (Yes, this has worked before.)

Of course, the toddler phase isn't all that terrible. When he calls a waffle a "fuffle" and yells, "Oh wow! WASS DAT??" every time he seeks a truck or tractor, I have to smile. He's pretty much a genius.

Allison Bell is a University of Utah graduate who loves writing, teaching teenagers, hanging out with her husband and being a mother.
nextarticle 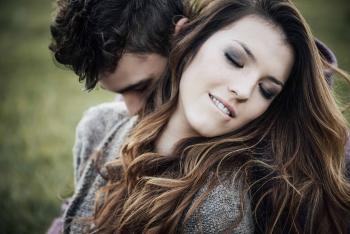