A New Report Has Found Pregnant Teens Are Smoking Cigarettes Because They Want Small Babies. Yeah. Not Kidding.

Pregnant teenagers from throughout the world have chosen to smoke cigarettes so that they'll give birth to smaller babies.

No, we're not kidding.

This comes from a 10-year study that found girls as young as 16 years old are smoking cigarettes so that they can reduce the baby weight of their first born.

"Shockingly, expectant teens are more fearful of labour and having a large child rather than the health complications caused by cigarettes including higher stillbirth rates and increased risk of childhood asthma and allergies," said associate professor Simone Dennis of the Australian National University, according to News.com.au.

"They had read on packets that smoking can reduce the birth weight of your baby, which is obviously not how the public health message is intended to be taken," Dennis said. "They were scared because they were small. The worst thing that could happen to them was to have an enormous baby."

Dennis said some teens tried smoking for the first time because of this trend, while others became even more infatuated with the habit.

"Some had even taken it up for the first time for that very reason, and some smoked harder, hoping the promise on the packet would come true," Dennis said. "If you smoked more, you could make it better. I was really struck by that."

But, surprisingly, pregnant teens didn't just want to reduce the size of their newborn because they were worried about a painful childbirth. Nope. And the other reason why is really risky.

"We also found some young women, who upon learning they were having a girl, wanting to make sure she was small because they were of the belief that being a girl and being small was a good thing. Little means cute, you see?" Simone said.

But teens don't understand that smoking while pregnant can have dangerous results for the newborns, Simone said. This is why there may need to be more education about the dangers of smoking, beyond the fact that it can harm a baby's weight, she said.

Research shows smoking can lower the oxygen available to a newborn, increase an infant's heart rate while in the womb and increase the chances that a new mother will have a stillbirth or miscarriage, according to WebMD.

Along with decreasing a baby's weight, smoking can also cause a baby to be born prematurely and increase the risk that he or she will have lung problems or be born with birth defects, WebMD reported.

Luckily, though, not all teens have embraced this trend. According to NBC News, a recent survey by the Centers for Disease Control and Prevention said that only 11 percent of high school students say they smoked in 2015, which is lower than the 15.7 percent and the 18.1 percent who said the same in 2013 and 2011, respectively.

More so, only one-third of students said they have ever tried a cigarette. 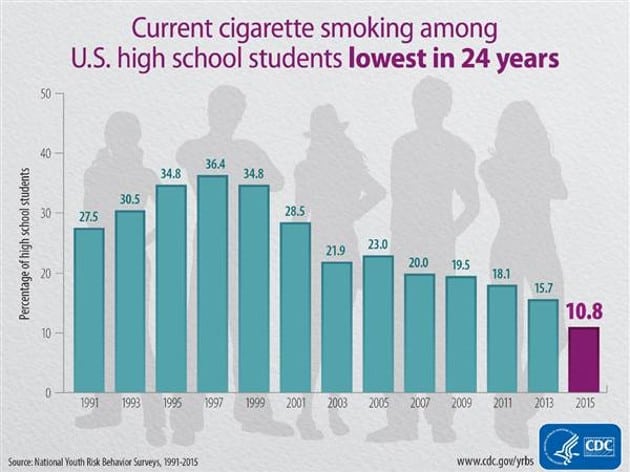 The same survey found that fewer teens are having sex today than in years past, with 41 percent saying so, compared with the 47 percent who had sex as a teen throughout the last decade, according to NBC News. 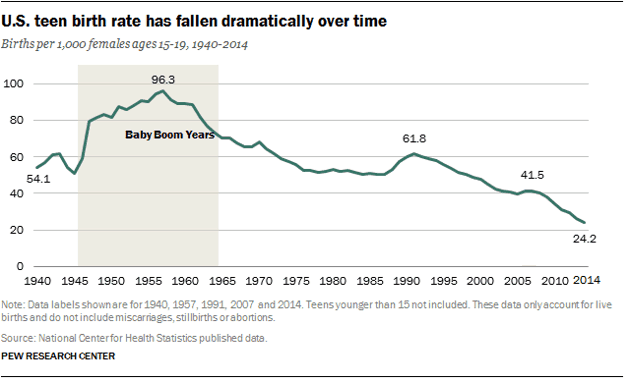 There are ways for parents to keep their teens from getting pregnant (and no, it's not making sure they attend a high school that passes out condoms). According to The National Campaign to Prevent Teen and Unplanned Pregnancy, parents should be clear to their children about sexual values and attitudes, helping them understand more about abstinence and contraception.

Parents should also talk often with their child about sex, both about consent and how sex fits into a marriage or relationship. It's important, the national campaign says, to be honest and clear about these subjects.

It may also benefit parents to limit their teen from having too many relationships, or ones that last too long, in which a teen searches for a greater expression of love (read: sex).

Instead, parents can encourage their teen to find a loving relationship that doesn't put pressure on either partner.

"Strive for a relationship that is warm in tone, firm in discipline, and rich in communication and one that emphasizes mutual trust and respect," according to The National Campaign to Prevent Teen and Unplanned Pregnancy. 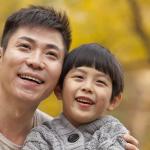