The really important thing you shouldn’t do when you’re pregnant: listen to advice

Two new studies released this week may have caused panic among parents, but they shouldn't. Here's why.

Two new studies released this week may have caused panic among parents.

The first study, which I wrote about for FamilyShare, found that women who had higher levels of folate or folic acid in their bodies were more likely to give birth to babies with autism. The study, done by the Johns Hopkins Bloomberg School of Public Health, found that women may want to be cautious of how many vitamins they take because they may contain these folic acids.

Though these studies may seem worrying at first, the Huffington Post's Catherine Pearson wrote that neither of these studies should be major concerns for parents. While it's important to understand potential risks, parents shouldn't shy away from swaddling their babies or taking vitamins before they give birth because of these studies.

"Parents and parents-to-be can often be on the receiving end of 'expert' advice that is confusing, if not downright contradictory," Pearson wrote. "And when scientific researchers take on parenting stuff, things get particularly, shall we say, puzzling."

Pearson said parents shouldn't be concerned over the vitamin study because it's preliminary and has yet to be peer-reviewed.

In fact, the researchers told the Huffington Post that the study isn't meant to argue against vitamins and folic acid, since they also found that women who took prenatal supplements between three and five times a week reduced their chances of giving birth to a baby with autism.

"Researchers are working on understanding optimum levels for fetal health and how to achieve those levels so that these findings can be communicated effectively to families and doctors," said study researcher Ramkripa Raghavan.

Meanwhile, the study on swaddling shouldn't appear all that surprising for parents, either, since it's been long recommended that parents keep children on their back when they're going to sleep and never on their sides or stomach, according to HuffPost.

"If you're going to swaddle them, put them on their back," Dr. David Mendez, who reviewed the swaddling study, told the Huffington Post. "Once they get big enough when they can roll back and forth, it isn't going to help them much anyway. Learning to calm oneself is one of those milestones babies have to do."

Mendez also said that more research needs to be done on this topic before it scan be considered fact, including determining what swaddling means, since it's had many definitions over the year.

"But for now, there's no need for exhausted parents to panic," the Huffington Post reported. "Talk to a trusted health care provider if you have any questions or concerns about swaddling and how to do it safely, or whether it makes sense for your baby."

There are a lot of things pregnant women are told not to do.

These recent studies are just the tip of the iceberg when it comes to the sort of advice that experts, researchers, family members and friends offer pregnant women. From skiing to wearing high heels, there are a litany of activities that experts warn pregnant women against, some of which should be taken more seriously than others.

"Everything is suspect," according to the Washington Post's Olivia Campbell. "Pregnant women are discouraged from dyeing their hair and using certain soaps, shampoos, nail polishes, makeup, sunscreen, acne washes and other cosmetics because of some suspicious ingredients."

Pregnant women are also told not to have coffee and cigarettes, drink alcohol or take pain relievers. You can't be old, obese or upset with the world. There are numerous studies about what pregnant women can't do, creating a falsehood that pregnant women have control over what happens to their baby, Campbell wrote.

"All the endless lists of what to avoid might give mothers the impression that they have much more control over the outcomes of their pregnancies than they actually do," according to the Post. "But there's still a lot we don't know about the mechanisms at play in infertility, pregnancy loss and complications, and fetal development."

Campbell pointed to how the most common form of miscarriage is chromosomal abnormality - something that isn't affected by a mother's diet or actions. This shows that not all pieces of advice are applicable in carrying or birthing a child.

Listen to your doctor, but not every piece of advice.

Campbell said pregnant women should listen to their doctor. But they shouldn't adhere to every piece of advice they hear from their friends and family. Pregnant women can still function as regular adults. It's "not always a walk in the park" being pregnant, but women can still survive without giving up everything they enjoy in life.

"Read the news, but use your brain. When you are advised as a pregnant women not to install a digital TV antenna or watch movies in 3D, feel free to rely on your judgment," she wrote. "Besides, seeing as you are about to bring a child into the world and thus incur the opinions of family members, friends and strangers about how you are doing parenting wrong, you may as well learn to tune out the noise." 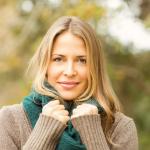 13 Reasons She's Grateful For Her Poverty