The Surprising Problem For Divorced Dads

Most Often After a Divorce the Children Spend More Time With Their Mothers Than With Their Fathers. The Lack of Time Can Have a Crippling Effect on Relationships Between Dads and Their Children.

Divorce is never an easy decision, especially with children involved. A broken marriage does not only disrupt the lives of the couple, but also the children within the family.

Another side effect of divorce is the waning relationship between dads and their children. There are obviously more factors at play besides the divorce itself, but it does have an impact. "... the overall main effect of divorce during childhood was very clearly negative on father relationships later on in adulthood. Both the level of contact and the quality of the relationship between adult children and their fathers who were divorced was generally poorer than it was between adult children and their fathers who were still married," said Harry Benson of the Marriage Foundation.

Why is this the case? What is it that happens in divorces that can alter the relationship between fathers and their children? The aforementioned article notes that greater conflict between dads and the mothers led to poorer father-child relationships. Also, it has a lot to do with the time dads spend with their children — both before and after divorce.

Reduce conflict in your marriage

Whether you're married or headed for divorce, mothers and fathers need to treat each other with respect and kindness. You don't always have to agree, but you can at least be civil. Allow your children to see you resolve conflicts in a healthy way. Remember, your children may see the situation through very different eyes, which can be problematic for your relationship with them.

Spend quality time with your children — whether you're married or divorced

This is a pretty huge factor in whether you'll have a relationship with your children or not. If you are absent from their lives while they are young or growing into adolescence, you cannot expect to have a relationship with them later in life. Just like friends, you don't become or stay friends unless you spend time together. You have to get to know each other as individuals, have fun and play together and let the relationship grow and evolve. Parent-child relationships take the same, if not more, work than any other relationship. 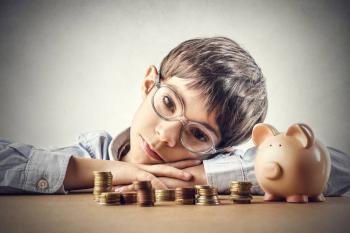 How to Teach Your Kids About Money