The surprising reason your child is going to grow up poor

Study After Study Shows There Really is Such a Thing as the "Birth Lottery."ť Find Out What It Means For You and Your Child.

Studies show there are both "hard" and "soft" capital factors when it comes to whether or not a child will move up or down the financial ladder.

Hard capital refers to the socio-economic status into which a child is born. As expected, these factors-household income, educational background of parents, neighborhood and schools-have a big impact on a child's future.

Soft capital refers to those conditions within a family itself that also affect a child's socio-economic status as they become adults. While these soft factors do not always have the same impact as the hard factors, they prove significant. Both will be outlined below.

The hard capital factors that follow first are the lifestyles and experiences of children who live in low-income households versus their peers, according to Dr. Ruby Payne, author of the book, A Framework for Understanding Poverty in America.

Children growing up in middle- or upper-income households live in stable, low-crime neighborhoods. Everyone in the neighborhood tends to be a longer-term resident; so, kids form peer relationships with others from similar backgrounds, attend schools with other children in their neighborhoods and have a social setting in which middle-class values are upheld and supported such as paying bills, saving for the future, college education, hard work, etc.

Children growing up in low-income households live in unstable, high-crime neighborhoods. There is a great deal of mobility among residents in their neighborhoods, making long-term relationships with peers and adults hard to come by. These children learn where the food and clothing banks are. They learn how to use duct tape to fix almost anything. They become street smart at a very young age.

Education outside of school

Children who live in middle- or upper-income households have experiences that broaden their formal education. They visit museums, science centers and zoos. They take vacations which are both recreational and educational.

For kids coming from low-income families, the experiences that broaden their education are not found in museums and on vacations. Their experiences come from the realities of welfare, food stamps and free health clinics.

Kids coming from more well-to-do families attend public schools that are well-equipped, attract better teachers and have higher levels of performance on state and national tests. If students fall behind, there are resources within the schools to address their learning issues, and parents can also seek and secure outside tutoring services if necessary. Many also have the option of attending private schools.

Private schooling is a large factor in whether kids will be financially successful as adults. Privately schooled kids go to college in much larger percentages than their public school peers.

For children with low-income families, their public schools tend to not have the tax-base of schools in more affluent neighborhoods and are therefore not well-equipped. They do not have the benefits of the best teachers; but, rather, they have teachers who could not qualify to work in middle- and upper-class neighborhood schools. Typically, their schools are lower-performing on tests, and if kids should fall behind, the resources are not as available. Outside tutoring at parental expense is out of the question.

Involvement of parents with education

Middle- to higher-income parents tend to be more involved in their children's schools and are able to press their demands for improvement. They are also willing to pay higher taxes for school improvements.

Low-income parents tend not to be as involved in their children's schools. Many work long hours at low wages, and many have more than one job. There is a larger proportion of renters than home owners in poor neighborhoods. A more transient population results in less pressure on boards of education to improve schools and on residents to vote for tax increases that will provide the funds to do so.

Children in these wealthier households see parents who go to work every day, pay their bills, maintain and improve their property, and engage in generally healthy leisure time activities.

Going to college is pretty much a given in these well off households. It is discussed a lot. Parents try to save for their children's educations. Plans are made for college in advance, helping children feel the necessity of post-secondary education.

In lower socio-economic homes, parents have low levels of education and do not have a mindset of the value of post-secondary education. Their goals for their children are to graduate from high school and either get a job or go into military service.

Children in homes in which parents read to them have a greater chance for socio-economic stability. When children see reading as a valuable activity, they will read more in school, have a higher vocabulary and have better writing skills. These things result in grades and test scores that make higher education possible.

Stable family structures are vital if a child is to have a greater chance of growing up to be well off. Unfortunately, children who live in poverty tend to also live in far more unstable family environments-single parents who work exhausting, low-wage jobs and who are often incapable of the nurturing that is given to middle-class children.

However, in middle-class, single-parent homes, the parent tends to have enough time and money for self-renewal and so is better able to give quality time to his/her children. More often in these homes, children see their other parent, and both parents may ultimately marry again. Single mothers in poverty have more transient relationships that do not end in marriage.

Sharing meals together, even in single-parent households, also seems to play a role in future financial success.

In a recent book titled, Family Values: The Ethics of Parent-Child RelationshipsÂ¸ UK Professor Adam Swift and American Professor Harry Brighouse reported the results of research regarding soft capital factors. What they found was that what happens within_ families is vitally important to children's financial futures.

Swift and Brighouse agree that kids living in poverty have a good chance to move into middle-class adulthood if the right soft family factors are present and if those values and factors are reinforced in the schools they attend. However, children from well-to-do homes, without the soft factors, have a greater chance of having less money than their parents.

Laura Callisen is a freelance blogger and journalist. Today she works as a business consultant and contributes many posts about education, family relations, children development and culture. Follow her on Twitter to see her portfolio!
nextarticle 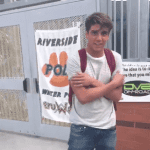 6 Things You Should Know When Your Teen…