Recent Reports Say You Shouldn't Enter a Certain Date into Your Phone. But It Turns Out Iphones Are Under Threat From Something Else.

By now, you've probably heard about the date that you shouldn't enter into your iPhone. Reports surfaced this week that putting the date Jan. 1, 1970, into your time and date settings would permanently crash your Apple device. Some have said this specific date refers to the start of Unix time, which is how developers track time. Putting in the date confuses your phone and forces it to crash.

And while Apple has said that the date won't be an issue in the near future after a software update, this isn't the only thing that has threatened the very fabric of the iPhone as we know it in the last week.

On Tuesday, the FBI ordered Apple to unlock the encryption on the iPhone of one of the San Bernardino shooters, as the FBI believes it would help their investigation into the shooting, BuzzFeed News reported. The order was officially filed by Judge Sheri Pym, who called for Apple to hand over any software that can help the FBI unlock the device.

Specifically, the FBI can't access the phone because the phone's owner, Syed Farook, may have enabled the "erase data" option, which eliminates all data on the phone if the FBI incorrectly guesses the password too many times, Quartz reported.

The FBI wants Apple to give them software that can give them an unlimited amount of attempts so that the data won't be erased.

But Apple CEO Tim Cook doesn't want the FBI to access the phone and have that kind of power. Not because he doesn't care about this specific legal case, but because it would allow anyone to access people's personal information stored on their iPhone.

"Specifically, the FBI wants us to make a new version of the iPhone operating system, circumventing several important security features, and install it on an iPhone recovered during the investigation. In the wrong hands, this software - which does not exist today - would have the potential to unlock any iPhone in someone's physical possession," Cook wrote in an open letter. "The FBI may use different words to describe this tool, but make no mistake: Building a version of iOS that bypasses security in this way would undeniably create a backdoor. And while the government may argue that its use would be limited to this case, there is no way to guarantee such control."

More so, this would set a potential precedent for the government to unlock people's phones, setting iPhone users on a path that could threaten their privacy, Cook wrote.

"While we believe the FBI's intentions are good, it would be wrong for the government to force us to build a backdoor into our products," he wrote. "And ultimately, we fear that this demand would undermine the very freedoms and liberty our government is meant to protect."

Cook's intentions seem to be in line with what the American people want. In fact, the Pew Research Center found in 2012 that smartphone users often look for ways to back up their phones for security reasons more than regular cellphone users. About 59 percent of smartphone users back up their content, while 50 percent will clear out their browsing history, Pew reported.

Users' concerns for privacy are also seen in their choice of apps. Pew found that 54 percent of smartphone users decided not to install an app upon discovering how much of their personal information would be shared on the app. Another 30 percent uninstalled an app that was already on their phone when they found out the same thing.

In total, 57 percent of app users either uninstalled or declined to install an app that asked for too much of their personal information.

"Outside of some modest demographic differences, app users of all stripes are equally engaged in these aspects of personal information management," according to Pew. "Owners of both Android and iPhone devices are also equally likely to delete (or avoid entirely) cellphone apps due to concerns over their personal information."

And it's not just apps that can put people's sensitive information at risk. Look at texting, for example. It's totally possible that someone who has your iPhone could sneak into your texts and read your personal messages, Tech Insider explained. Users can prevent that by turning off their "message previews" in Settings and Notifications. This will keep messages from popping up on the home screen and exposing their texts to the world.

You can also hide your "read receipts" by going into Settings-Messages and disabling the "send read receipts" setting. This will keep people from knowing whether you read their text messages or not, according to Tech Insider.

Users can also set how long they want to keep their text messages - 30 days, one year or forever - before they get deleted.

Other than just your texting, you can keep your personal information safe on your iPhone by enabling the Touch ID and passcode, which requires your specific finger print to unlock the phone, according to iPhone FAQ. You can also change your location services to only allow specific apps to access your physical whereabouts, freeing you of releasing any personal information into the world.

Blocking cookies and disabling the tracking information in the Settings-Safari category will also keep you from sending out personal data to the Internet at large.

"Your online activity is a big source of data that could potentially be compromised if somebody gets into your iPhone's browser," iPhone FAQ explained. "Not only that, but websites can track your activity with cookies and even capture your logins as well, so it is a good idea to enable all of your browser's security settings and keep it clean." 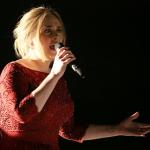 Why We Shouldn't Criticize Women Who Find Purpose…