The truth about being a mom with a mental illness

Two Mothers Share Their Struggles of Motherhood While Coping With Their Own Mental Illnesses.

Motherhood is a beautiful thing. You have been given this beautiful, perfect soul to adore and nourish for the rest of your life. It comes with a whole range of sacrifice, selflessness and love like no other.

But every mother is also all too familiar with the difficulties that come with a new child - all those sleepless nights, the unpredictable crying and the expectation to be the perfect mother. Sometimes it can feel impossible.

A friend of mine told me that she was once trying to soothe her little baby late at night. While he cried, she pictured herself throwing him out the window.

She told me this story half-jokingly, trying to add some light to the real struggle of dealing with a colicky baby, but she said that in the moment, she was horrified with herself.

"How can someone who thinks about things like that possibly be mother material?" she asked herself.

In a FamilyShare interview with Tamra Roberts, a wife and mother struggling with depression and anxiety, Roberts said that there are some days when she's just "down in a funk" and can't even look at her 3-month-old son.

"He just screams," Roberts said. "I have to hand him over to someone to calm down and collect myself ... because he is my little boy and he's counting on me."

According to Psychology Today, one in three people struggle with some sort of mental illness, but that number is even higher in women. In fact, over 41 percent of women suffer from some sort of postpartum depression.

Roberts said her husband travels a lot for work and is sometimes gone for weeks at a time.

"Being alone terrifies me," she said. "Trying to cope with my anxiety about being alone and having this little human count on you to be there for them 24/7 is tough."

She said she usually gets about three hours of sleep a night. Along with sleep deprivation, she added how "the dishes pile up and I forget to feed myself."

Recognizing these problems as a mother

Roberts has always struggled with her depression and anxiety, but she became especially aware of it when she became a mom.

This isn't uncommon. Marisa Wiley, a wife and mother of two, struggles with post-traumatic stress disorder (PTSD.) She wasn't aware of it until after having her second child.

She said she thought she had postpartum depression, but after talking to a therapist about it, she realized that everything she was addressing was something from her past.

Coming from an abusive household, she said she was mistreated and always on guard for someone to hurt her.

Occasionally, Wiley would enter what she called her "rabbit hole," where she essentially checked out of reality.

"I could get through day to day but when it came to interacting I was totally checked out," she said in an interview with FamilyShare. "I thought maybe I wasn't cut out for motherhood. Even though I love my babies like crazy I really thought I had made a mistake in having them."

She compared her "rabbit hole" experiences to being on autopilot.

"I still took care of my kids but it was more like, 'I know I have to keep my kids healthy and alive and safe' but I wasn't there," Wiley said. "I had zero emotion."

When Wiley was in her rabbit hole, she struggled to keep up with her children.

She said she should have set her pride aside and asked a friend or family member for help.

She has also found help through fitness and good nutrition.

Journaling and finding a friend going through the same things she said has also helped. "To feel like I'm not alone makes it easier to deal."

Wiley said she has learned to use her experiences as a way to help raise her children.

"My goal is to break the cycle," she said. "My daughter, Aubrey, is five and I'm teaching her to speak her mind, speak up and not be afraid of using her voice. I hope she can avoid situations like that for herself and her kids."

Wiley said that she has struggled with suicidal thoughts, but she never acted on them.

"I thank God every day that the better part of my judgement survived and kept trucking along," she said.

Mothers work tirelessly and selflessly to love their children and give them the best lives they deserve. Because of this, they tend to put their own self-care on the back burner. If you think you might be struggling with a mental illness (postpartum or not) seek help and get the care you deserve.

If you or a loved one is struggling with suicidal thoughts, please call the National Suicide Hotline at 800-273-8255. 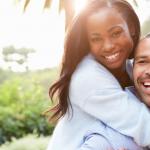 12 Men Reveal What They Really Want in…