This Boy Wasn't Supposed to Live.

Ross Capicchioni wasn't much different from you or me when we were 17. In 2007 he was just a junior in an average Detroit high school. He lived at home and had no shortage of friends.

One day, a friend approached Ross hoping for a favor. He needed a ride to a cousin's house on the east side of the city. Ross refused.

In 2007 Detroit scored a crime rate more than three and a half times higher than the national average - and the east side of the city was not where Ross wanted to be. "The police, they won't stop and get out of the car. They won't pull you over. If there's gunshots, they'll wait until everything is clear, and they'll come pick your body up off the street, and that's it," Ross said about the east side in an interview after his experience.

The friend kept pushing. A week of refusals went by before Ross finally said yes, despite a nagging feeling not to.

Ross got into his Jeep Commander with his friend, who was his guide through the rugged streets of the east side of Detroit. Eventually they approached their destination. The friend asked Ross to pull around to the back of the house, which he did. Ross parked the car and they stepped out.

A gunshot rattled Ross's ears. "Man, that was close," Ross thought. Then he looked down.

His left forearm was barely still attached to the rest of his body. He turned to his friend, who stood about 10 feet away ... with a shotgun aimed right at Ross.

"Did you shoot me?" Ross said.

The second shell left a hole in Ross's chest, which he described as bigger than a soup bowl. 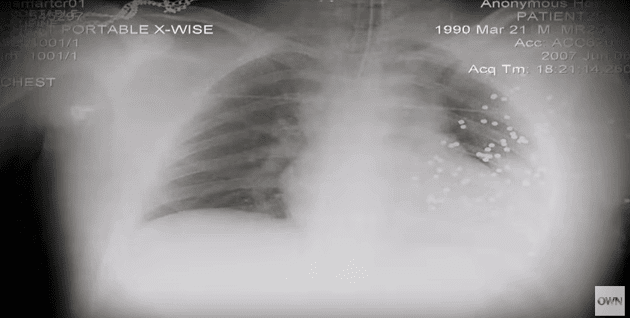 While still trying to process what was happening, he felt the barrel of the shotgun against his head. He swatted it away as the next shot went off.

Metallic shot strafed his scalp. He looked up at his friend, who stared back before hitting Ross in the mouth with the butt of his weapon. 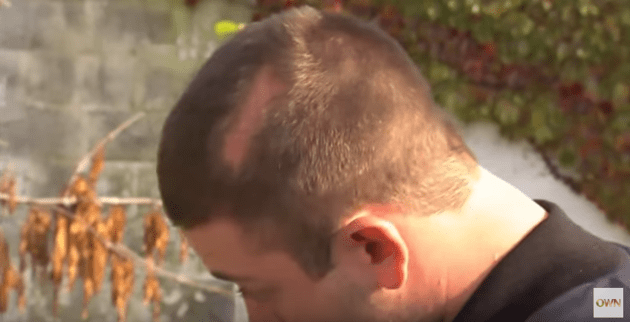 Despite his wounds, Ross said he was still conscious; he could still see. He said he felt his friend take the keys from his pocket and then leave in his Jeep.

Somehow still alive, Ross had to make a choice. "Either I stay layed down in this spot right here and die, or I try to get up," he thought. He tried over and over again to get up, but couldn't. "One more," he thought.

As he made his final effort, something miraculous happened. "Out of nowhere I felt these arms from underneath me pick me up," he said. Ross remembers trying to grab whoever was lifting him, but there was no one there. Suddenly he was standing.

The next thing he felt was a push from behind, moving him forward. After several feet, he hit the ground again. While fading in and out of consciousness he heard a voice - someone yelling at him. "So when I fell, there was like a probation officer at a stoplight, and he seen me fall out of the woods," Ross said.

Ross was in an ambulance soon after, but he wasn't out of the woods yet. He says he remembers the paramedic whose encouraging words contrasted his astonishment. Ross lost consciousness. He was pronounced dead on arrival at the hospital.

But his doctor worked to bring him back to life. One heart surgery and three days later, Ross woke up in a hospital bed. After his breathing tube was removed, Ross said he coughed up "tar and BBs." The medical staff started asking him basic questions. "What's your name?" "What year is it?" Ross didn't know the answers. Somehow, the only thing he could remember was his father's phone number.

For three days Ross's family had no idea where he was. The call from the hospital came, and they went to his side.

Five days after being shot in the arm, chest and head with a shotgun, Ross left the hospital.

The next day, the FBI showed up at Ross's door. The boy who had shot him was in custody. He is now serving a decades-long sentence in prison.

According to Ross, his "friend" had been seeking entrance into a gang. His form of initiation was to kill someone, anyone. The boy chose Ross; and on June 6th, 2007, he tried to make it happen.

Thanks to forces both seen and unseen, Ross miraculously survived. 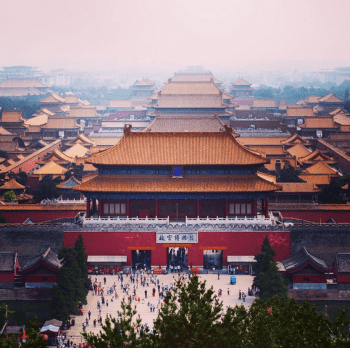