The very real and present danger of child abuse

Back on April 4, Fry said in an interview that child abuse victims need to "grow up," saying that they are often too sensitive about pieces of media that may possibly trigger memories about their abuse, according to The Guardian.

"They're terrible things and they have to be thought about, clearly, but if you say you can't watch this play, you can't watch Titus Andronicus, or you can't read it in a Shakespeare class, or you can't read Macbeth because it's got children being killed in it, it might trigger something when you were young that upset you once, because uncle touched you in a nasty place, well, I'm sorry," he said in the interview. "It's a great shame and we're all very sorry that your uncle touched you in that nasty place - you get some of my sympathy - but your self-pity gets none of my sympathy because self-pity is the ugliest emotion in humanity."

Fry apologized for these comments Thursday morning, saying in a statement released on the website Mind that he didn't mean to make those crimes seem lesser than they are.

"It seems I must have utterly failed to get across what I was actually trying to say and instead offended and upset people who didn't deserve to be offended or upset," he said, according to The Guardian.

But his comments didn't sit well with child abuse victim Tracey Merrett, who was sexually abused as a child by her stepdad. She wrote an open letter to Mirror Online denouncing Fry's comments.

"I felt angry that you would say such heartless, glib things so publicly - tarring us all with one big 'abuse' brush," she wrote. "If you don't have sympathy or compassion for people who have lived through the traumas of child sex abuse that is very sad."

Merrett, who is 40, said she's only recently come to terms with her abuse.

"It was only when all my unresolved experiences came out in a nervous breakdown two decades on that I realized it was OK to feel bad for the young me - for the child hiding under the covers at night," she wrote.

Merrett's struggle isn't uncommon, since child abuse isn't an easy thing to overcome. In fact, research shows it can affect children's lives all the way into adulthood, requiring them to make an extra effort to heal and grieve from their painful wounds.

According to the American Humane Association, about 3.3 million cases of child abuse, neglect or maltreatment were received by social services and child protection services groups in 2005. That means that about 12 in every 1,000 children younger than 18 were victims. It was both an issue for boys and girls, as 47.3 percent of child victims were male and 50.7 percent were female, the AHA reported. Those 3 years old and younger had the highest rate of maltreatment, with a rate of 16.5 for every 1,000 births, according the AHA.

These children suffer from various types of abuse. Of the cases reported in 2005, 62.8 percent were of neglect, while 16.6 percent and 9.3 percent were of physical and sexual abuse, respectively. Emotional and psychological abuse affected 7.1 percent of reported cases, where as medical neglect affected 2 percent, according to AHA.

Sometimes this can even lead to death. In 2005, about 1,460 children died because of abuse, with about three-fourths of those children being younger than 3 years old, according to AHA.

Child abuse can have a long lasting effect even into adulthood, according to the Blue Knot Foundation, a resource guide for those recovering from childhood traumas. Survivors often suffer from failed relationships, financial setbacks and an unstable lifestyle that makes it hard for them to settle down and live a normal life, Blue Knot explained.

And it's not just abused children who suffer. As Deseret News National's Lois Collins reported earlier this month, children who witness domestic violence but aren't abused will suffer from the violence's after effects.

Betsy Groves, the founder of the Child Witness to Violence Project at the Boston Medical Center, told Deseret News National that children who see domestic violence can be as traumatized as those who actually are abused.

Handling the grief of child abuse later in life can be a struggle, and not something that can be brushed away as Fry initially suggested in his interview.

Child abuse victims often feel grief because they feel they have lost their innocence, according to the Help for Adult Victims of Child Abuse (HAVOCA) organization.

"In the case of victims of child abuse you have probably lost your innocence, your childhood, the ability to trust, etc," according to HAVOCA "Everyone grieves in their own way but they all tend to follow a pattern. This pattern is known as the five stages of grief."

These five stages are outlined in the graphic below, created by HAVOCA.

To handle the grief, HAVOCA suggests child abuse victims keep a journal with their thoughts and feelings about their abuse to help them see where their troubles lie. The organization also recommends talking to a therapist or loved one about the issue, since it will make it easier to come to terms with the abuse.

According to The Advocacy Center, a resource for domestic violence and abuse victims, the healing process can be a long one. Survivors often struggle to heal until they admit they need to change the way they live their lives. Sometimes this requires them to believe that their abuse was real, and remember aspects of it that they might have buried in the recesses of their mind.

It may also require victims to come to terms with their childhood self so that they can confront all their pain.

"The healing process can be a long one, but there will come a point where the survivor feels like their life is more balanced and that they are no longer in constant crisis," according to The Advocacy Center. "It is important for survivors to remember that there is no finish line to healing, they will have some good days and some hard days but the hard days will come less and less."

For more on child abuse 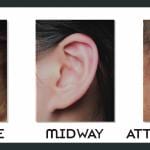 Quiz: What Does Your Ear Lobe Reveal About…