The Women’s March was the biggest protest in U.S. history; See which 15 cities had the most protesters

Did your city rank?

Millions of people both in the United States and worldwide participated in the Women's March on Saturday, January 21.

"We stand together in solidarity with our partners and children for the protection of our rights, our safety, our health, and our families..." the Women's March mission statement said.

This protest was the largest in U.S. history, according to politicususa.com, and over 6 hundred cities participated. University of Connecticut professor Jeremy Pressman and University of Dayton professor Erica Chenoweth are recording the total participants that marched in each city that participated.

Here are the top 15 cities with the most participants:

First we marched. Now we organize. Follow us over at @the.ripple; the intersectional activism collective @dothehotpants and I developed to give ALL women a platform to have their voice heard. Ladies, this is OUR revolution! ?: @Kennedy.Carroll

Let's keep this positive movement going tomorrow, and the next day, and every day after that. Together we rise.

Such an amazing demonstration of power and unity in Portland yesterday. We can do this, guys. Let's not wait for the government! ? #womensmarchportland #womensmarch #pussypower #feminielove #artwillsavetheworld

Incredibly proud of everyone that marched in Minnesota and across the globe today ❤✌?#womensmarchmn #communityfirst . . ?: @gina_reis

These numbers are being updated as new numbers come in. (If you want to report your city, you can do that here.)

Even with one united purpose, each participant was invited to have their own reason for marching, which they voiced to the world using #whyImarch. See some of these reasons below:

Why are you marching. Let us know. #WhyIMarch #WomensMarch pic.twitter.com/WETpGULSAY

The day following the marches, President Donald Trump tweeted, "Peaceful protests are a hallmark of our democracy. Even if I don't always agree, I recognize the rights of people to express their views."

The protest is over, but the Women's March isn't over yet. They started a new campaign, 10 actions for the first 100 days, and the first action is to write a postcard to your senator explaining what is important to you, and how you will continue to fight for those rights. 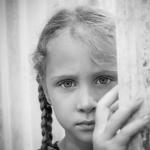 Two Words You Didn't Realize Are Hurting Your…