Reports Came Out This Week About How a Priest in the Philippines Was Suspended From His Church For Using a Hoverboard.

A priest in the Philippines paid a hefty price for riding his hoverboard in church.

But that price can't be measured in dollars and cents. Rather, the priest's decision cost him time in church, as he was suspended by the church's diocese.

The incident occurred on Christmas Eve during mass, when the priest rode his hoverboard - an electronic device that doesn't actually hover, but rolls on a pair of wheels - down the center of the church while signing a song with his congregation, Tech Insider reported.

After seeing a video of the priest's actions, which in itself earned millions of views on Facebook, the Diocese of San Pablo, Laguna issued a statement condemning the act.

"That was wrong," the Diocese of San Pablo, Laguna said in the statement. "The Eucharist demands utmost respect and reverence. It is the Memorial of the Lord's Sacrifice. It is the source and summit of Christian life. It is the Church's highest form of worship. Consequently, it is not a personal celebration where one can capriciously introduce something to get the attention of the people."

The diocese also said that the priest will take time to reflect on his actions and will apologize for riding the hoverboard in the church.

While some debate has sprung up about whether or not the priest should be suspended for this, his decision to ride a hoverboard during mass points to a cultural trend that's reverberated throughout the United States and world this year, especially during the holidays - the love, adoration and use of hoverboards.

As the story of the priest's suspension went worldwide, so too did Mike Tyson's attempt at riding a hoverboard. He failed at it - collapsing to the ground in what some jokingly called Tyson's first fall to the ground since his boxing days - but garnered much attention on social media and in the news, USA Today reported.

Laugh of the day. https://t.co/mksKatkT7Y

Mike Tyson fell off that hover board like the ghost of Buster Douglas walked into the room.

Tyson isn't the only celebrity to make news with a hoverboard. Actor Russell Crowe spoke out this week against Virgin Australia airlines for refusing to let him bring his hoverboard on a recent flight.

Hoverboards, which are priced anywhere between $500 and $1,500, haven't come without their controversy, though. As hoverboard sales ramped up close to the holiday season, reports explained that the boards caused fires (mostly related to the devices' lithium-ion batteries), leading Amazon, a primarily dealer of the boards through vendors in China, totake most of the devices off their website until they were sold with greater safety precautions, Quartz reported.

"Amazon told vendors they must submit documents proving the boards met specific safety standards, along with a letter from a lawyer promising they would not implicate Amazon if they were sued for patent infringement by Razor, the American toy company that owns the US patent for the hoverboard," Quartz reported.

Amazon only now lists seven different hoverboard brands, leading to layoffs and new economic issues for the vendors, who were previously making close to 100 hoverboards a day, Quartz reported.

Despite these new restrictions, the holiday gift still caused a fire in a Texas mall and a house fire in Lacy, New Jersey, in the last week.

Hoverboards have also taken a toll on people's wellbeing, like Tyson. Balancing on the device has proven to be easier said than done, leading many people to fall off and go to the hospital for related injuries, ABC-15 reported.

In total, the toy has caused at least 21 fires and plenty of emergency room visits.

To help fix that, some states have begun drafting legislation that will require users to wear helmets with their hoverboards. New York, where hoverboards are illegal on streets and sidewalks, is hoping to legalize them and make them fall under safety laws similar to motorized vehicles, The Verge reported.

And, as The New York Times reported, California will enact a new law on Jan. 1 that not only allows hoverboards in bike lanes, but also requires users to wear gear similar to when riding a bike.

"If they see you without a helmet, they will take your hoverboard away," Joseph Cohen, a sophomore at Stevenson School in Pebble Beach, California, told The Times.

The laws are primarily a way to normalize the use of hoverboards and further engrain them in American culture, The Times reported.

"Self-balancing motorized boards have many names: hoverboards, Swagways, self-balancing scooters and, among the Star Trek crowd, personal transporters. But whatever they are called, they now have parents, lawmakers and others struggling to figure out how safe they are and how to regulate them because in most places the rules have not caught up with the new technology."

Time will tell if they become a mainstay in America. 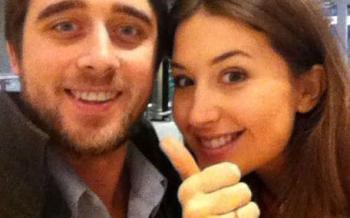 Woman Surprises Long-Distance Boyfriend With a Quest That…