There’s No Such Thing as a Bad Kid: Navigating Teenage Behavior Problems

Teenagers Sometimes Act Out Behaviorally, But This Does Not Indicate That They Are Bad Kids. Their Behaviors Are Clues to Feelings and Struggles They Are Facing. Learn How to Handle a Teen's Acting Out in a Way That is Effective and Compassionate.

"I am at my wits' end! I just don't know what to do with her!" This is usually the first statement I hear from a caregiver coming into therapy to address behavior problems in a teenager. When a teen is acting out behaviorally, caregivers are often left feeling helpless and hopeless that the situation can improve. They become exhausted and don't know what to say or do to help the teen. Here, I list tips that I give the caregivers who seek help from me that will help to better understand the teen and better your relationship during this sensitive time in his or her life.

Do not label the teen as "bad."

The teen that is acting out is often branded as a "bad kid." But here is the thing: In my professional career, I have never met a "bad kid." I have met a lot of teens that are struggling with emotions, their identities and problems at home and school, but none of them have been bad at their core. When a teen acts out behaviorally, he is trying to send a message. The brains of adolescents have not yet fully developed, and they lack some of the skills most adults have to manage intense emotion. Add the fact that hormones are usually raging as they hit puberty and you have the perfect combination for your teen to start showing behavior problems.

Assuming that the teen is bad can impact how you react to the behaviors and can cause her to form negative beliefs about herself, which can seriously hurt self-esteem, confidence and any motivation she may have to change her behavior. In addition, this assumption can do major damage to the parent/child relationship, which can last into her adulthood.

I encourage parents and caregivers to send a clear message that you believe the teen is good at her core. It is certainly appropriate to point out behaviors which are not acceptable, but be specific about the behavior and do not generalize that behavior into his character. Example: "When you yelled at me, I felt hurt and disappointed because that behavior is disrespectful" instead of "You are so disrespectful and rude! What is wrong with you?"

This is easier said than done. Sometimes teens can say very hurtful things to a well-meaning caregiver. The situation worsens when the caregiver strikes back at the teen with a behavior or words motivated by that hurt, and the problem will most likely escalate and cause damage to the relationship.

Take some time for yourself to step back from the situation to give yourself space to process your emotions that come up as a result of the teen's verbalizations or behavior. It is OK to say "I need to take a moment for myself" and walk away. Allow yourself to feel the emotion you need to feel, and then remind yourself that the teen is hurting and lashing out. Her words and behaviors are about her emotional pain, not necessarily about you. Just make sure you come back to the issue later in order to address the behavior in the fashion outlined in the previous section.

See the behaviors as something they are trying to communicate.

Kids of all ages use their behaviors to communicate with adults about things they cannot yet verbalize. Consider the baby who cries because he is hungry or uncomfortable. As children grow, they develop the ability to start using language to communicate their needs, but remember, as mentioned formerly, their brains are not completely developed in adolescence so they sometimes continue to use behaviors as a way to communicate.

When you see your teen acting out, think about the message he is likely trying to send. For example, "I hate you!" can mean "I am really confused and hate the way I feel right now," or "I hate feeling as though I don't have much control in my life."

Instead of reacting emotionally, follow through with the steps in the preceding section and then return to the situation when BOTH of you are calm and say something like, "It seems that there is a lot going on. Can you tell me what you are feeling so we can try to work this out?" At this point, listening is crucial. Even if you feel like what the teen is asking for is completely out of the question, making him feel heard and talking out the logic behind parental decisions can help him feel more involved and help him to accept whatever decision is made. Every teen I have had in therapy sends the same message about just wanting to be heard and understood.

There are just some issues that a teen doesn't want to discuss with her parents or caregivers. This is when it is very important to make sure that she has someone to talk to like a therapist, school counselor or trusted aunt or uncle. Raising a child is much easier for both the parent and child when there are more people involved. This will take pressure off the parent and give the teen a person in whom she can confide those things they just don't want their parents to know.

Be willing to make changes at home.

As I said earlier, I have never met a bad teen. I have consistently seen that although the teen is usually the identified patient in therapy, it is usually something happening systematically in the family that really needs to be addressed. If you seek therapy for your teen, be prepared to attend family sessions and parent sessions. These sessions are not a place for the therapist to tell you what you have been doing is wrong, but rather a place to get extra support and ideas to implement in the home that will bring about the change you desire. It is very hard for a teen to change behaviors when the parents are not willing to also make changes.

Keep in mind that being a teenager is hard. It is a time in life when we try to figure out who we are and where we fit in the world. It is also a time of drastic changes physically and emotionally. Having compassion for a teen can go a long way in starting the conversations that need to happen to address behavior issues. 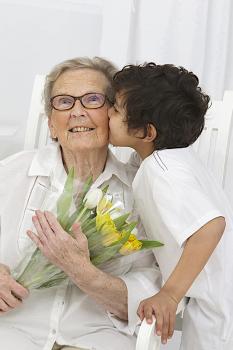 5 Values We Must Teach Our Children