Harper Lee passed away Friday morning at the age of 89. Here's a look at some of her best moments, including when she won awards and went to college.

On Friday morning, iconic novelist Harper Lee - author of the historic, award-winning "To Kill a Mockingbird" and its sequel "Go Set a Watchman" - died at the age of 89 in her hometown of Monroeville, Alabama.

Born on April 28, 1926, Lee was the youngest of four children. She received all of her education in Alabama, including a degree from the University of Alabama, The Huntsville Times reported. When she was 23 years old, she moved to New York, where she worked as an airlines reservations clerk as she figured out her writing career. She was 31 when she submitted a manuscript of "To Kill a Mockingbird" - her most famous body of work.

Though her editor originally asked her to rewrite it - the original version later became the sequel "Go Set a Watchman" - "TKAM" was published in 1960. The film version of the movie came out two years later.

Her life took an unhealthy turn in 2007 when she suffered a stroke. After recovering, she spent the majority of her life with her family in Alabama. It wasn't until 2015 that "Go Set a Watchman" was published, propelling Lee back into the national spotlight.

Lee's life was more than just two published novels and a hit film, though. She received honors and awards aplenty, and had kept in touch with some influential celebrities. Here are five of Lee's best life moments.

Just one year after publishing "To Kill a Mockingbird," Lee was honored with the Pulitzer Prize for fiction writing. This was far from her only award, though. Lee also won an award from the Writers Guild of America for best writing, and the Paperback of the Year award from the Bestsellers magazine, among others.

"To Kill a Mockingbird" became a staple of high school reading everywhere. Freshmen and sophomore students today are often tasked with reading about the lives of Atticus and Jean "Scout" Finch. With that kind of reach, it's no surprise that Lee was presented with a heroic national award for her duty to the country.

Back in 2007, President George W. Bush presented Lee with the Presidential Medal of Freedom, thanking her for her "beautiful book."

"Given her legendary stature as a novelist, you may be surprised to learn that Harper Lee, early in her career, was an airline reservation clerk. Fortunately for all of us, she didn't stick to writing itineraries," President George W. Bush said. "Her beautiful book, with its grateful prose and memorable characters, became one of the biggest selling novels of the 20th century ... We're moved by the story of a man falsely accused with old prejudice massed against him and an old sense of honor that rises to his defense. We learn that courage can be a solitary business."

Lee was best friends with another big time author

Growing up in such a small town, friends were hard to come by. But one summer, Lee found herself living next to a young boy who she quickly befriended. This boy, Truman Capote, grew up to be a best-selling author whose famous non-fiction book "In Cold Blood" (1966) still resonates today, 50 years later.

According to the Southern Literary Trail organization, Capote even served as inspiration for "To Kill a Mockingbird," saying in a letter to his friends that he was the "Dill" character from the Pulitzer Prize-winning novel.

Capote and Lee's relationship didn't end when they were children. They also worked on "In Cold Blood" together, with Lee working as a research assistant.

Lee chums it with Oprah

In 2006, Lee wrote a letter to Oprah - who has a famous book club many Americans join - that talked about her love for reading, FlavorWire reported.

The letter, which can also be seen on Letters of Note, a website that gathers letters, postcards and telegraphs that are important to society, also includes Lee stressing the importance of reading.

"Now, 75 years later in an abundant society where people have laptops, cellphones, iPods and minds like empty rooms, I still plod along with books," she wrote. "Instant information is not for me. I prefer to search library stacks because when I work to learn something, I remember it."

In 1966, Lee's most famous work almost didn't see the light of day in some school counties. Particularly in Virginia, where the Hanover County School Board threatened to ban all the copies because its members thought the book was "immoral," The Richmond Times-Dispatch reported.

But Harper stood her ground. She wrote a letter to the local newspaper, The Richmond News Leader, that struck back at the board members, standing up for her book and the issues it tackles in the process.

"Recently," she wrote, "I have received echoes down this way of the Hanover County School Board's activities, and what I've heard makes me wonder if any of its members can read."

Harper also included $10 with her letter, which was used to give 50 free copies of the book to students, The Times-Dispatch reported.

A month after the vote to ban the book took place, the board members took back their decision. 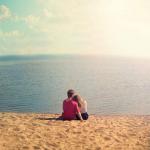 3 Things About Love Worth Hating