These kids just sent the best text of the year, and it helped save their lives

Kids do the darndest things. And, in the case of two children in Nebraska recently, that includes saving lives.

Right before Easter weekend, two Nebraska youngsters saved their lives by texting 911 to help them after their dad allegedly drove them around while drunk, according to WKBN. The children - 14-year-old Mackenzie and 12-year-old Ethan Behrens - were sitting in the backseat while their allegedly drunk father, Jason Behrens, drove them toward Colorado for vacation.

The drunk father swerved all over the road, and even asked one of the children to drive the car at one point, according to WKBN.

"When a car passed, you could hear how close it was, you could hear the metal," Ethan told local news station NTV. "I got really, really scared, and I just started praying a lot."

Before they even took off, Mackenzie said she didn't want to go on the trip with her father because she could tell he was drunk and she didn't "want to die," according to NTV.

When they found themselves in danger, the children texted 911 to save their lives. They had remembered that a police officer had told them about the county's texting dispatch system after a similar incident last year.

As the police hunted for the vehicle, the youngsters persuaded their intoxicated father to pull over at a Burger King on the side of the road to get some food. That's when the police arrived and apprehended the father, according to NTV.

Two #Nebraska children texted 911 to report their father for DUI while they were in the car https://t.co/ZBI1eXiPMc pic.twitter.com/pbKT58LEmw

The police said he had an alcoholic beverage in the front seat with him. He surpassed the legal limit of alcohol by three times, NTV reported.

The kids said they would still do the same if they could go back in time and do everything over.

"It was hard, but he had pushed us to the point that we had to," Ethan said.

"I lost trust in him," Mackenzie said.

With the father now in jail, the children's mother, Amy Behren, recently received full custody of the youngsters. She's looking to hire an attorney so that she can keep full custody if and when their father is deemed fit to parent. To help, her friend has started a GoFundMe page, hoping to raise $2,000 to cover the costs and legal fees.

"God watched over these kids and we know he will continue to, no matter what happens," according to the GoFundMe page.

No matter how much money the family raises, it will be a tougher task for their father to rebuild the trust he had with his children.

Building trust can be a hard task for all parents, especially when their youngsters reach their teenage years.

But there are simple steps family members can take to help their children find trust in them. According to the Aspen Education Group, trust starts with recognizing it's a two-way street. Teens need to be willing to trust their parents, as long as their parents offer some guidance that will help them become more trustworthy.

"The key is remembering trust builds slowly and can be broken down easily," expert PJ Swan told the Aspen Group. "For every five times you do the right thing, it only takes one poor decision to undo the trust you've built."

Here are the simple ways parents and children can establish trustworthy relationships with each other, according to Swan and other experts:

Swan advises parents to keep lines of communication open. Parents and children should work together to define what trust means to them and should both work at making sure that they're working to reconnect that trust.

This may require families to schedule regular meetings where they can talk over the progress they've made establishing trust with each other, according to Swan.

It's also important for parents to explain to their children which specific behaviors will help them build trust, like making sure to finish chores, get good grades or call into the home at specific times, according to Swan.

Parents can do this by practicing what they preach as well, and learning to listen to their child when they have an issue or dilemma. Children should feel comfortable coming to their parent with any potential problems. Unwillingness to do so will create an untrustworthy relationship.

3. Let them know when they exhibit good behavior

It's more than just teaching them to act better. Parents should work to champion for their child's positive behaviors by celebrating or affirming those behaviors, according to the Center for Parenting Education.

4. Explain the benefits of trust

Parents will also want to talk about the benefits of establishing trust. If a parent trusts a child, that child may earn more free time out with friends. Or if a child trusts a parent, it'll create a more peaceful home, according to Swan.

Understanding the consequences will help children understand that their behaviors affect others in the family.

As your child begins to show good behaviors, giving him or her a little more freedom - more time out with friends, a chance to drive the car, more screen time - will also let him or her see those benefits, according to the CPE.

"As you see improved judgment and better impulse control, you can give a little more freedom and privileges and see how your child does," the CPE explained. "Often being given more privileges inspires a teen to be more responsible and trustworthy."

And above all, parents should remember that they have to trust themselves and that building trust with their child is an ongoing process that could take a little bit of time and patience to complete.

"Trust-building is not an end in and of itself," Swan said. "It is an ongoing process of renegotiation and personal and collective growth that is required in every relationship. With communication, patience and a little faith, you can replace past hurts with loving bonds and hope for a more fulfilling relationship." 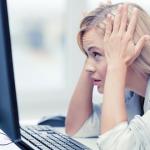