Worried That You Can't Fall Asleep Because of Your Newborn? Follow These Expert-Recommended Tips, and You'll Be Good as Goo-Goo-Ga-Ga.

Time for moms to get some sleep.

A new study published in the Journal of Clinical Endocrinology and Metabolism has found that men who spend more time in bed are more at risk for diabetes. Meanwhile, women who sleep more don't have an increased risk for developing the disease.

So if parents want to avoid getting diabetes, this study suggests dads should get up to take care of the crying baby and moms should get that extra bit of shuteye.

To find this, researchers looked at the sleeping habits of 800 men and women before crossing that data with each of the participants' insulin levels. They found that men who slept too long or too little would have a reduction in glucose intake, which led to a risk of developing diabetes.

Meanwhile, women saw an increase in insulin - which diabetics lack - when they slept in longer, according to the study.

"In men, sleeping too much or too little was related to less responsiveness of the cells in the body to insulin, reducing glucose uptake and thus increasing the risk of developing diabetes in the future. In women, no such association was observed," said the study's author, Femke Rutters, PhD, of the VU Medical Centre in Amsterdam in the Netherlands.

This is one of the first studies to find how sleep may affect diabetes risk in both men and women. Of course, the researchers were quick to note that the sample size was made of healthy people, and not those who were already at risk for developing diabetes.

Regardless of the results, researchers said this study shows how important it is for people to get sleep.

"Even when you are healthy, sleeping too much or too little can have detrimental effects on your health," Rutters said. "This research shows how important sleep is to a key aspect of health - glucose metabolism."

Of course, sleeping is a tough thing to do for new parents, especially when their newborn needs constant attention throughout the night.

Stanford Children's Health suggests that newborns generally need between eight and nine hours of sleep during the day, with an additional eight hours at night. More so, newborns don't sleep through the entire night until they're at least three months old, but, of course, that can vary within the first year of a baby's life, according to Stanford.

Babies, like many adults, have different stages of sleep, too. For about half of their sleeping time, they fall into rapid eye movement sleep (REM), which allows them to dream, according to Stanford. Because they spend almost eight hours a day in that state, they end up spending more time in REM than most adults and older children.

Babies will start their sleep by being drowsy and then will doze off. Over time, they fall into a light sleep (where they could wake up because of sounds) before they sink into a deep sleep and a very deep sleep, where they are quiet and won't move, according to Stanford.

"A baby enters stage 1 at the beginning of the sleep cycle, then moves into stage 2, then 3, then 4, then back to 3, then 2, then to REM," according to Stanford. "These cycles may occur several times during sleep. Babies may awaken as they pass from deep sleep to light sleep and may have difficulty going back to sleep in the first few months."

Of course, these changes in sleep don't really help parents rest. According to Dr. Michael Thorpy and Dr. Shelby Freedman Harris, who spoke to The New York Times back in 2010, parents often have to shift their sleeping schedules so much that they really don't get too much time to sleep.

"As a baby begins to sleep through the night, many parents notice that they have trouble doing the same," they said. "They have adjusted to sleeping in short chunks, and returning to pre-baby sleep patterns takes time. Those parents who had trouble sleeping before the baby arrived often have more difficulties with this transition."

But those aren't the only suggestions that Harris, Thorpy and other experts offer to help new parents get sleep. Here are seven expert-recommended tips for parents who want to get some sleep during the first few years of their child's life.

Thorpy and Harris recommend that parents develop a new sleeping schedule to make their lives a little bit more restful.

"Since newborns sleep upward of 16 hours per day in small chunks, parents often find it difficult to get a full seven or eight hours of sleep at night," Thorpy and Harris told The Times. "Parents need to work their sleep schedules around the newborn's patterns. In essence, sleep when the baby sleeps. We realize that this is easier said than done, but making some changes - and enlisting the help of others, if possible - can help new parents adjust as best as they can to a fragmented sleep pattern."

Harris and Thorpy recommend keeping your sleeping schedule simple without too many complications. When your baby starts to fall asleep, let him or her doze off and fall into those deeper levels of rest.

Diana Lynn Barnes, a Los Angeles therapist and president of Postpartum Health International, told Parents magazine that just lying down can help restore some of your energy, providing some of the benefits that sleeping offers.

Any sort of tablet or e-reader may stimulate your mind and keep you awake during the night, according to Parents magazine. That's why it may be important to find other activities that will help you fall asleep.

For example, one mother, Elizabeth Lunday, of Fort Worth, Texas, would listen to the radio.

"I'd often have trouble going back to sleep after waking up to breastfeed," she said. "I would turn on the public radio station that played the BBC World News from 10:00 p.m. to 5:00 a.m., so I would lie there and listen to the cricket and soccer scores from around the world. Sometimes I would pass out before hearing a word. Now the radio is a surefire sleep inducer."

Instinct may encourage you to check in on your baby, but that doesn't mean you should, according to Thorpy and Harris. Continually going back to your baby's crib may only keep you up later into the night.

"Try to avoid checking in on your baby whenever you awaken. If you are needed, your baby will let you know," they said.

6. Sleep when your baby sleeps

Your baby will definitely sleep during decent chunks of the day, so it's important for parents to follow those patterns and sleep when their youngster shuts his or her eyes.

"If your baby takes a nap, put everything aside and take a nap too," Susan Zafarlotfi, PhD, told WebMD. "Everything can wait - except the baby."

7. Don't ignore signs of something darker

Experts told WebMD that parents may have trouble falling asleep because they're also suffering from postpartum depression. Parents who feel they may be suffering from this may want to consult their own physician.

Similarly, parents may also want to consult a physician if they're worried about developing other sleeping disorders, like sleep apnea, which usually happens for people who are overweight (and likely could develop among people who gained weight from pregnancy), according to WebMD. 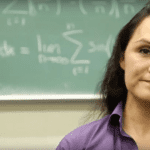 This Woman's Incredible Story Will Give You Chills…