Things strangers don’t get about my special needs child

Whether a stranger at the store or a parent at the park, these are the things I wish they could understand about my special needs child.

At the park, in the grocery store, or in a restaurant, I can recognize "the look" instantly. The look strangers give my special needs son.

My 7-year-old son is on the autism spectrum. He's prone to talking too loudly, making strange noises, and is sometimes hard to understand when he speaks. He has difficulty interacting with other kids appropriately, and sometimes he just acts wild for no reason.

When he was younger, before the blessings of intervention and therapy, he would often scream, cry, hit, scratch and bite. He was difficult to potty train and would often have accidents in public.

I remember walking through a grocery store when my son was only 5. His diagnosis was barely a year old, but already he'd found a place in a special program for kids with autism. They had given me instruction as to what I needed to do if he started melting down in public. While walking through the aisles, he continued to stand up in the cart after I'd asked him to sit down several times, so I took him out of the cart.

He knew this meant he was in trouble, and the meltdown began. He started grabbing my shirt and scratching my arms. As directed by his therapists, I ignored his behavior. By ignoring his meltdown, he wasn't getting any reinforcement for his actions. I continued my shopping trip without acknowledging the little boy who was screaming and crying while trying to stop the cart.

I could feel the stares of everyone I passed in the big box store. Tears came to my eyes as I imagined what they might be thinking. My imagination went wild with speculation about what the elderly lady standing in front of the pasta, or the middle-aged man in the frozen foods was thinking.

Thankfully, those types of trips to the grocery store are far less frequent. Unfortunately, my son does still get "the look" every now and again. I desperately wish I could take these strangers aside, one by one, and tell them the whole story of my son and his disability. I firmly believe if this were possible, hearts would soften, and harsh judgments would disappear.

If I could take each stranger aside, these are the things I would tell them.

He's not throwing a tantrum because I don't discipline him well enough. If you see me ignoring his tantrum, it's because I'm attempting to stop the behavior by refusing to acknowledge it. He doesn't need a "good old-fashioned spanking." He's not a "bad" kid. He's autistic. The sensory assault of noise and lights can overwhelm him. The stress of interactions with people in stores, restaurants and other various places make it difficult for him to regulate himself.

Just because he only responds to your polite inquiry with laser sounds doesn't mean he's not smart. In reality, he's very, very smart. He just has more barriers to overcome in order to express that intelligence. Don't judge him based on how he's acting in public, in an environment full of unfamiliar people and overwhelming ambient noise. These things make it hard for him to act in a way that represents his true intelligence.

My child isn't exactly normal, either

My son has made so much progress; and it's common for people to be surprised about his disability. I've had many parents tell me they couldn't even tell he is autistic. Just because he's acting "normal" doesn't mean he is. Autism is often called the invisible disability for this very reason. To the untrained eye, he may seem just like other kids. However, his autism is still there, hiding behind what seem like normal behaviors.

My child is unique

He's not just like your relative, friend or acquaintance with autism. He's not Temple Grandin. It's called the autism spectrum because there is such a huge variety in its manifestations. Where one individual on the spectrum struggles to talk to others, another finds it difficult to stop speaking when it becomes inappropriate for the social situation. As the saying goes, if you know one person with autism you know one person with autism.

My child is more alike than different from your child

Children with special needs share more than you'd think with children who don't have special needs. My son likes Star Wars and animals. He loves his mom and dad. He messes with his sister. He can be silly, grumpy or sad. He doesn't like hair cuts and loves bedtime stories.

Don't let my son's disability keep you from seeing him as he is: a beautiful, sweet precious child. Just like yours.

Lauren Swinson is a writer, mother of two children (one with special needs) and backyard homesteader.
nextarticle 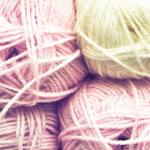